Club legend John Nicholls celebrated his 250th match for the Blues in this hard-fought win over Geelong at the Cattery.

Carlton was clearly the superior side in general play, and were well-served by their goal-to-goal line of Southby, McKay, Robertson, Walls and Jesaulenko - even though Jezza left his goal-kicking boots behind and missed a number of (normally) gettable shots. Robert Walls proved to be the difference between the two teams, providing a reliable avenue to goal throughout the match. 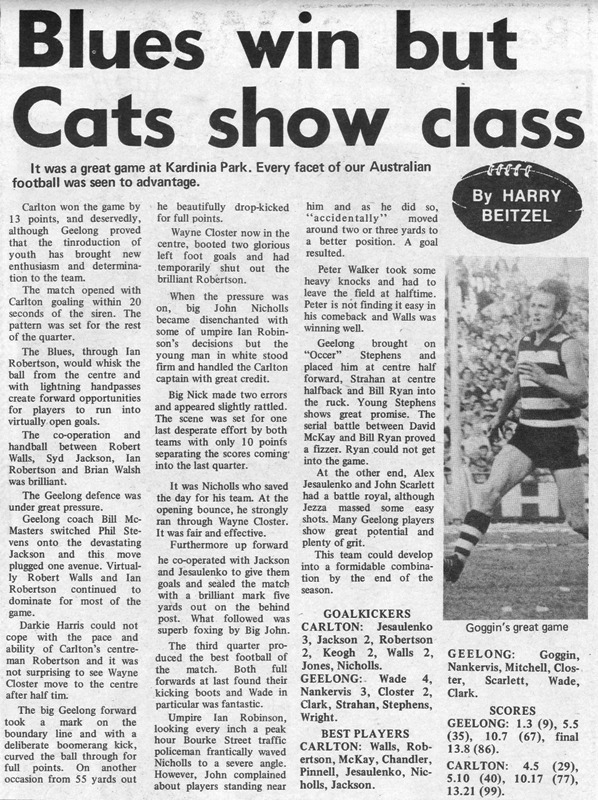