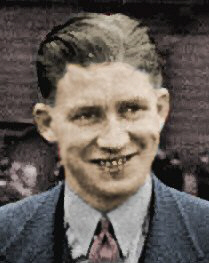 
Debuting in 1945, and wearing guernsey #19, Hearn played 3 games for Carlton and kicked 5 goals. He had played 3 games and scored a goal with Fitzroy during 1943. Previous to his stint at Fitzroy, he had played with Nth Melbourne CBC Old Boys. Like a lot of young men of the time, Hearn was restricted in playing football during the war years as he was working six days a week. He would work in Port Melbourne and pedal his way to Carlton to train and play when able to.