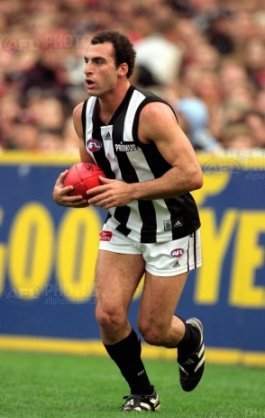 Andrew Dimattina played reserve grade football for Carlton in 1995. Dimattina was also used as a top-up player for Essendon reserves in 1996, 1998 - 1999. He finally made the grade when he drafted by Collingwood in 2000 and played 28 games and kicked 6 goals. His brother Paul Dimattina also played reserve grade football for the Blues in 1993, Paul later played senior football with Footscray from 1995 and played 131 games in total. Their father Frank played senior football with Richmond and North Melbourne.

Dimattina was originally recruited from Box Hill, via Marcellin College, he then played with TAC Cup team the Oakleigh Chargers.