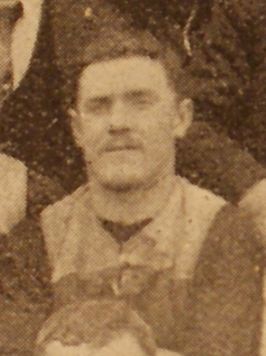 Born in Melbourne, Robert Timothy (Bob) Bird was just the second of our Collingwood cross-overs, after George Cowell. In 1898, he made his debut as a VFL player with the Magpies, but his first match in the black and white also proved to be his last. In his only game for the Magpies he was able to boot a single goal to match his game tally. His original club was Collingwood Juniors.

In 1899, he swapped his allegiance to Carlton, and played at full-forward on debut in the round two match against Geelong at Princes Park. Unfortunately, the occasion was a memorable one for all the wrong reasons. Bob was held scoreless, and the Blues managed to kick just 1.5.11 for the match. More than a century later, this still stands as Carlton’s record low score against Geelong.

Bob was switched into defence the following week, and became something of a ‘spare parts’ player throughout the remainder of his short career – which somewhat ironically ended in August of the following year. Bob gave the game away after that day, when Collingwood handed out a humiliating 11-goal thrashing to the Blues at Victoria Park.