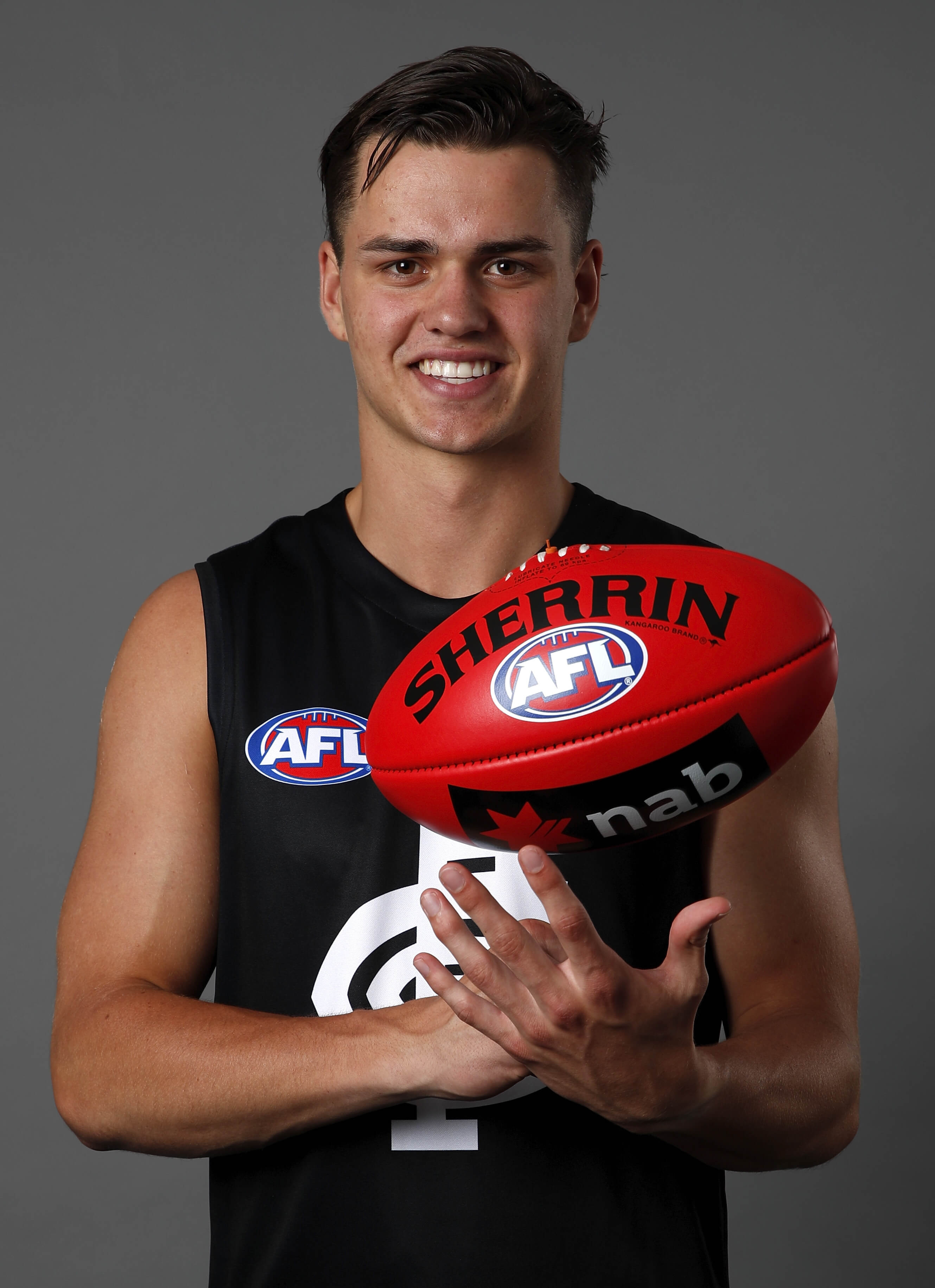 Brodie Kemp will be Bound By Blue in 2020 after being selected by Carlton with pick No.17 in the 2019 NAB AFL Draft. Touted as one of the most exciting young players in the draft pool, Kemp is a versatile tall, capable of having a big impact in any area of the ground. Standing at 192cm and 88kg, he is a headache for his direct opposition and can turn a match around in an instant. Carlton acquired the selection in a live trade earlier in the night with the Gold Coast Suns: the Blues traded its first selection (pick No.11) as well as pick No.62 for Nos.17 and 20. Hailing from Echuca, Kemp was still regarded as one of the country’s top prospects heading into the draft despite injuring his knee in July. With outstanding speed and agility, Kemp began his underage career as an intercept defender, before transitioning into a big-bodied, inside midfielder. The youngster put his name in lights at the NAB AFL Under-18 Championships, averaging 20 disposals and six marks a game while kicking the match-winning goal against South Australia.

General Manager of List Management and Strategy Stephen Silvagni said welcoming Kemp to Ikon Park was a significant moment for the Club. “Brodie is someone who has clearly shown how damaging he can be all throughout the underage career, whether it be down back, in the midfield or up forward,” Silvagni said. “He started out as a defender, had a real impact as an inside midfield and then ended up being named as the full forward in the All-Australian team. “Brodie has some real upside in his game and, with the amount of work our recruiting team has put in, we’re very confident we’ve added some real quality to our football club. “We had Brodie train with us in pre-season as part of the AFL Academy, so we know the calibre of player and person that we’re getting. “We obviously made the trade where we split our picks because we’re really optimistic about the quality and depth of this draft. We were thrilled that Brodie was still available at our pick and we’re really confident with our position leading into night two of the draft. “We couldn’t be more confident about his recovery from his knee injury: we think our supporters will be really excited by what he can offer for years to come.”

Kemp was recruited from the Bendigo Pioneers with his junior club being Echuca FC.