Damian Hampson was recruited from Subiaco with Pick No. 7 in the 1990 National Draft, he won the Best and Fairest for Subiaco in 1990. Overall, he played 21 reserve games at Carlton in 1991 and 1992 as a leading forward and sometime defender, but never cracked it for a game in Carlton's seniors.

Hampson later returned to the West and played 6 games at West Coast during 1993 and 1994.

Inside Football Post Draft Profile
Subiaco's best and fairest in 1990, he made the switch from junior tennis where he was once highly regarded. A cog in the rebuilding of Carlton's running briagde, a Parkin priority. 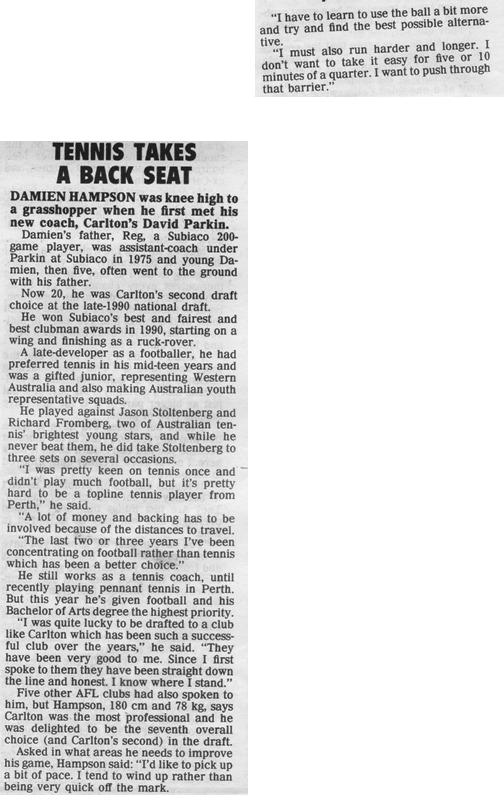 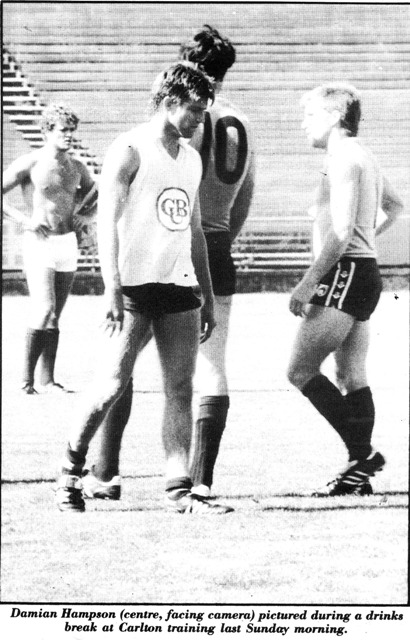 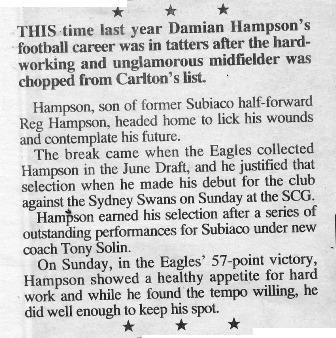 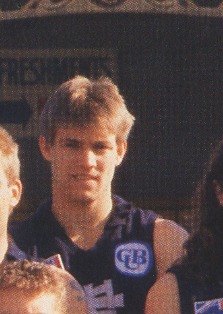