In the dying seconds of this match at the Lakeside Oval, Carlton was trailing by four points when the ball spilled off a pack into the path of the Blues' centre half-forward Harvey Kelly, hard up on the boundary line, at least 50 metres from goal. Steadying up, Kelly unleashed a mighty drop kick - the best of his career, he said later - and the ball sailed straight between the posts to sensationally extend the Blues’ unbeaten run to six matches.

Once again, South Melbourne had stretched Carlton to the limit in this game, reinforcing the fact that of all the other clubs, it was the Bloods who presented the biggest challenge to the reigning premiers. With the scores dead even at three-quarter time, both sides threw themselves into the fray and the spectacle kept the full house roaring until Kelly’s goal decided the outcome.

This was a costly loss for the Southerners, because University displaced them from the top four by beating Melbourne. Essendon edged out Fitzroy by 4 points at Brunswick Street to consolidate second, while the finals aspirations of the bottom four clubs Richmond, Collingwood, Melbourne and Geelong were fading fast. 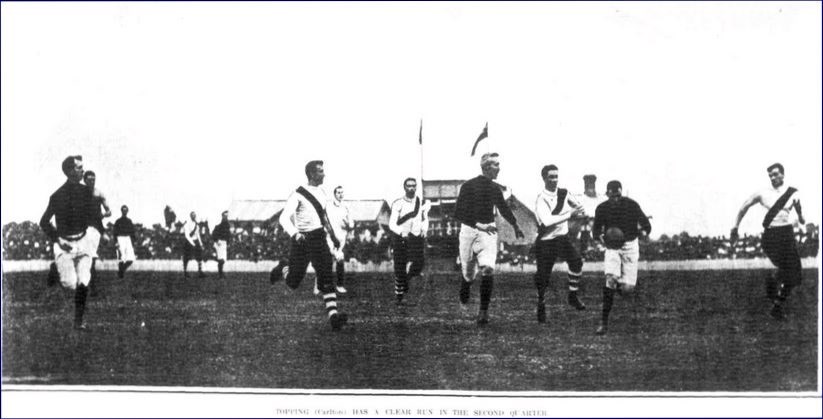 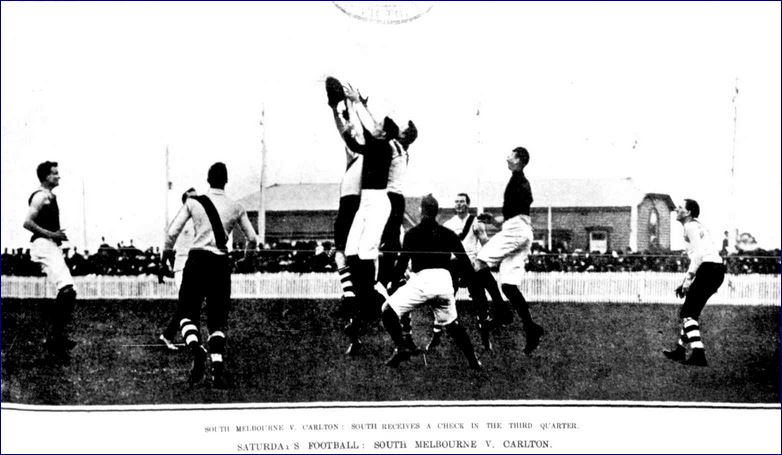 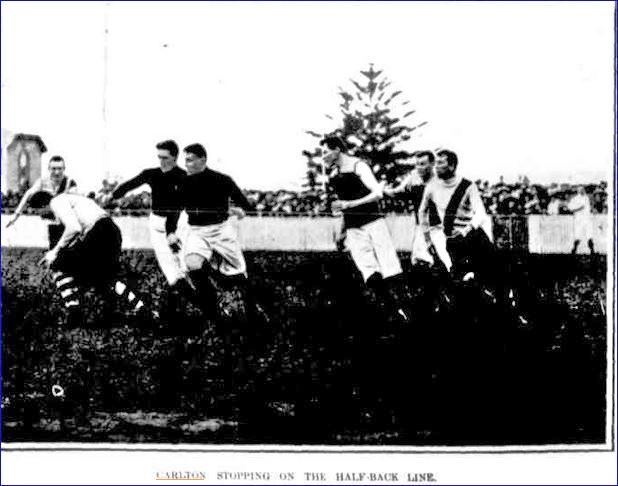