Three flags in a row for the Navy Blues! 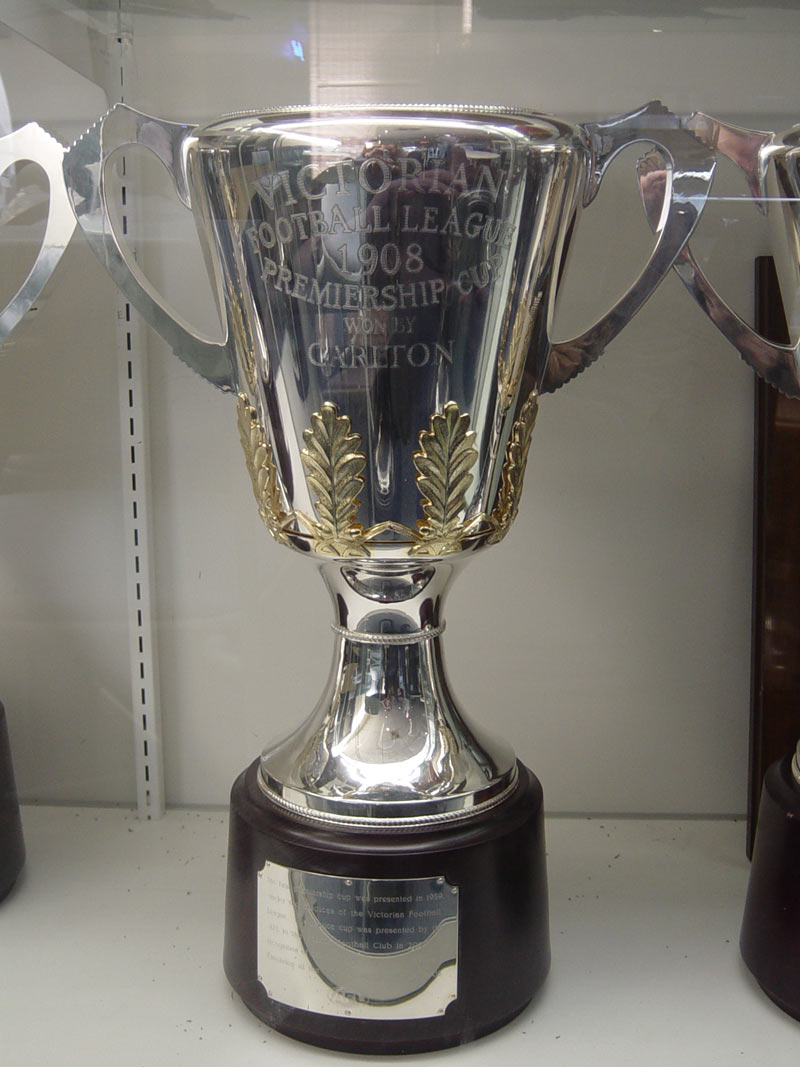 The year 1908 saw great change within the Victorian Football League, when it expanded into a 10-club competition with the addition of two new clubs; Richmond (the Tigers) and Melbourne University (the Students). As a consequence, the late season Sectional games were discarded in favour of an 18-round home and away season - plus finals involving the top four teams. Carlton began the year as the defending Premiers of the previous two seasons, attempting to break new ground by winning an unprecedented third straight flag. The manner in which this was achieved and the extent of the Blues’ dominance throughout the year was largely due to one man – the game’s first professional coach, Jack Worrall. Under Worrall’s leadership, the Navy Blues played consistent, disciplined football week in and week out, losing just one game all year and earning an apt reputation as the game’s first super team.

Surprisingly, most of the other clubs were slow to follow Carlton’s example, and by this time only five other clubs; Collingwood, Melbourne, St Kilda, Essendon and newcomers Richmond, had appointed full-time coaches. Indeed, Essendon followed Worrall’s methods closest of all. Having finished dead last the previous year, the Same Old appointed their ex-captain David Smith as their inaugural coach in 1908, and embarked on an extensive recruiting drive for proven, experienced players. They succeeded quite dramatically and were the only team to defeat Carlton during the home and away rounds. And in a dour Grand Final in difficult weather, they got within two straight kicks of causing one of the biggest upsets of all time.

After demolishing St Kilda by 58 points in one Semi Final, Carlton defeated Essendon by 9 points in the 1908 Grand Final. A swirling cross breeze and intermittent rain showers made skilful football impossible, and the Blues managed just one behind in the second half. In one of the lowest-scoring Grand Finals ever, the final score was Carlton 5.5 (35) to Essendon 3.8 (26). The full story of the day, using press reports from the time, can be found in an exclusive Blueseum article here.

On top of this third successive flag triumph, Carlton would go on to play off for the next two Premierships, losing by 2 points to South Melbourne in 1909, and by 16 points to Collingwood in 1910. Those five Grand Finals in a row certainly entitles Jack Worrall’s team to be ranked among the best of all time.

Carlton Life Membership for the Father of the Game

Fifty years of Australian Football was celebrated in Melbourne in August, with matches played between all the States and New Zealand. "The Carlton committee, at it's meeting on Monday night last, unanimously elected H.C.A. Harrison a life member of the club. He is the first life member made under the present regime. He was thus honored in the Jubilee Year as being the father of the game, and it was quite fitting that Melbourne's old rival, Carlton, should be the first to honor the old Melbourne captain. Life membership certificate will be presented at the annual general meeting."
(The Herald. Friday, August 21, 1908 p10)

Carlton The Greatest Of The Century.

Nearly 40 years later, in 1943, the Sporting Globe in a series of articles names Carlton's triple premiership team as the greatest combination to have played.
http://nla.gov.au/nla.news-article181656888

In mid September the Carlton Football Club and the Carlton Cricket Club were at loggerheads over Princes Park. The cricket club wanted to top dress the cricket pitch before the football club's 5 month's tenure expired. The club took the matter to the VFL where Jack Worrall took up the case for the football club.
To read the proceedings of the meeting, click here> http://nla.gov.au/nla.news-article10181934