Carlton went down to the eventual premiers Collingwood by a miserable three points at Princes Park despite having a couple of extra shots on goal.

20 seconds remaining with the crowd at fever pitch, Harry Davie straight in front of goal spilled a difficult low mark.

At the end of this round Carlton were in 3rd spot on the ladder with a percentage of 136.2. 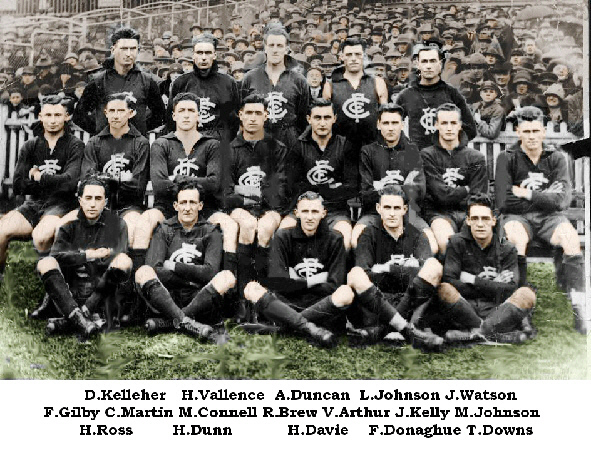 Maurie Beasy's name is missing. He is seated between Maurie Connell and Ray Brew, fourth from left.
Boyles photo, restored, colourised, and players named by the late "pblue"
Round 6 | Round 8