One of football's great rivalries begins to develop, as Richmond beats Carlton in the 1928 semi-final.

Carlton would start well in 1928, winning its first four games straight. The last of these four games was a 96 point thumping of St Kilda, which led to the Blues to having the remarkable percentage of 182.9% and top of the ladder status. The club wasn't as successful over the next five weeks, losing four of the games. While this was a disappointing result, the Blues were competitive in every game, losing the four games by 16, 3, 10 and 1 points. Carlton had dropped to sixth place, but was only 1 game away from third place.

The Blues were solid over the remainder of the season, winning 6 of 9 games to finish in fourth place after the home and away season with an 11 win, 7 loss record. Facing Richmond in the first Semi Final Carlton was well and truly outplayed to lose 17.15 (117) to 9.10 (64). For the second season in a row, a Carlton versus Richmond Semi Final would well and truely attract the largest crowd of the finals series. Carlton would be officially ranked fourth for the season.

Reserves: The Carlton Reserves won their 3rd premiership in a row in 1928. 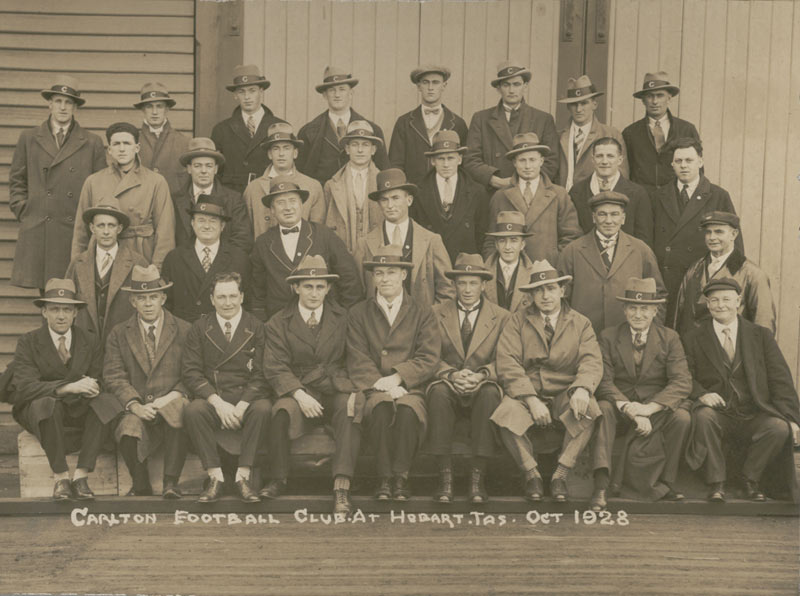 To be completed. This is guess work, if anyone can name others or disagrees, please contact Blueseum