The Blues had no trouble defeating eventual premiers Geelong in front of 37, 500 people at Princes Park on a Monday. Playing some of the best football seen for years, Carlton put on a devasting burst of powerhouse football in the first quarter. "Here was fast, co-ordinated football with brilliant marking and long, accurate kicking. It was 'copybook' football rarely seen when two top-lined sides clash."

They dominated in the ruck, Davies, Caspar and English initiated many moves and the Blues completely out played the Cats. Jack Spencer booted five goals in the first term. The Blues effectively used handball and created the loose man, leaving Geelong standing. Ollie Grieve (centre half back) and John Brown were best of the defenders shutting down two of Geelong's better forwards in Fred Flanagan and Bob Davis respectively.

For the first time this year the team played to it's potential, something the Blues' supporters had been waiting seven weeks for.

As the teams lined up Harry Dern was at full back and Ollie Grieve moved to centre half back on Geelong's Flanagan.
The Blues were fast out of the blocks and had 2.1 on the scoreboard, all scored by Jack Spencer, before Geelong realized the game was on. The Cats replied with a goal. The speed of Carlton had the barrackers roaring. Jack Spencer was in everything and he got the ball to Jack Howell who added the Blues' third. Jack Spencer who returned to the Carlton line-up after being dropped for three games, once again was in the thick of the action kicking his third goal. The reining premiers were stunned and Carlton were running rings around them. Jack Howell received a free kick and goaled and the Blues led by 27 points. The Cats were non plussed as the Blues continued with their demolition. Jack Spencer kicked his fourth for the quarter, then from 50 yards out Fred Davies punted another. Then not to be out done Jack Spencer snapped his fifth.
The crowd had just witnessed some of the best football ever played. At quarter time Carlton led by 43 points 8.4 - 1.3
Geelong started the second term positively with a quick goal. But disaster struck when the reining Brownlow Medallist Bernie Smith went down with an ankle injury and was carried off. Jack Spencer continuing on his merry way adding another goal. Geelong then strung two consecutive goals together, but they could not cope with the Blues' pace and physicality. Geelong started to win in the centre and provide attacking moves into their forward line. At half time the Cats had pegged back the Blues, but Carlton still led by 27 points. 12.8 - 8.5
After their second quarter "lapse" the Blues began to dominate again and when Jack Mills goaled the Blues held a 45 point lead. Geelong then added six consecutive behinds before adding a couple of goals late in the term. Carlton held a 33 point lead at three quarter time. 17.8 - 11.11
Geelong continued to attack and the Blues' defence was under constant pressure. The visitors added three goals before Jack Howell scored Carlton's only goal for the term.
The Blues ran out easy victors by 27 points. 18.12 - 13.15

The Blues scored the highest opening quarter since 1946.
"No team since the war has scored so many points in a quarter against Geelong, last year's premiers." 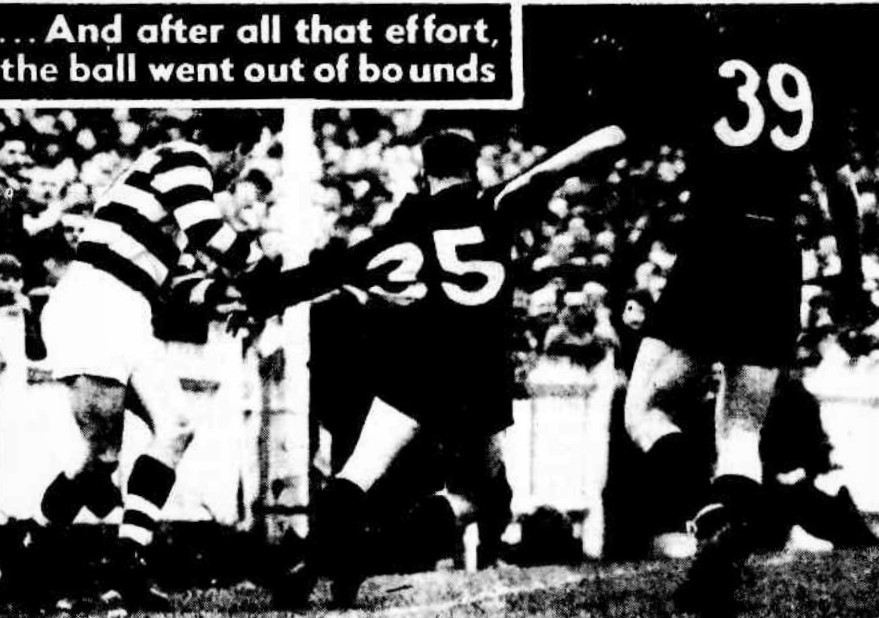 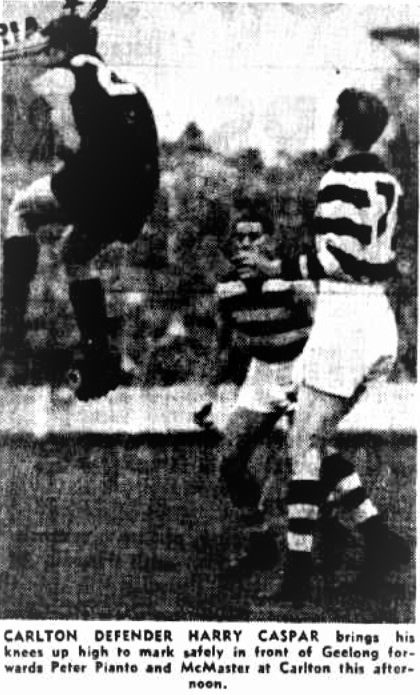