“Shane, find me another Royce Hart.” 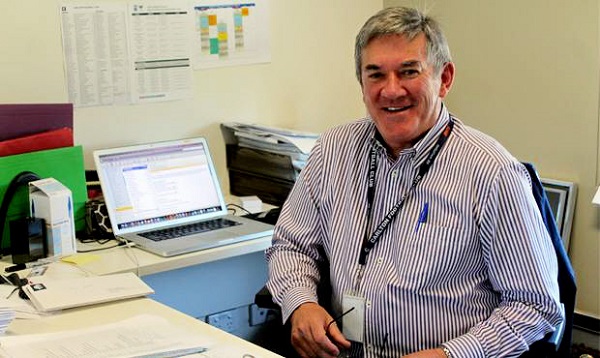 Throughout the long history of the Carlton Football Club, few individuals have been more effective or more dedicated to the Old Dark Navy Blues than Shane O’Sullivan. Forever celebrated as the man who recruited Premiership captain Stephen Kernahan to the Blues, “Shane O” has been an institution around the club since 1979, when he first walked through the doors at Princes Park to start work as the club’s Promotions Officer. Apart from brief stints at Footscray and Brisbane, he has been with the Blues ever since, in a wide range of administrative and managerial roles.

Originally from Bunyip in country Victoria, O’Sullivan was a more than handy player for VFA club Caulfield as a teenager. He was invited to train with Richmond in 1978 but didn’t win a spot on their list. Shortly after that he applied for the position advertised at Carlton, won the job, and embarked on a remarkable football journey. Years later, he remembered that first day quite clearly. “Wes Lofts (Chairman of Selectors) was standing there in his big, long overcoat and I just couldn’t believe I was beginning work and it was football I was working in,” he said.

Shane’s first responsibilities included organising clinics and training schedules for all Under 19, Reserves and Senior players, as well as liaising with the club’s local and country zones. 1979 was also the year that he became part of club folklore. The story goes that he was about to head to Perth for that year's ANFC Schoolboy Championships when Lofts jokingly said to him; “Shane, find me another Royce Hart,” (referring to Richmond’s champion centre half-forward at that time.) O'Sullivan duly came back a few days later and said, “I think I've found him,” talking about Kernahan – then a sixteen year-old skinny forward from South Australia who would later become a Carlton Legend.

Season 1979 marked the start of a glorious era for Carlton, and O’Sullivan found himself at the epicentre when Alex Jesaulenko’s Blues beat Collingwood in a classic Grand Final. The following year, Shane was promoted to Assistant General Manager, a position he retained through the back-to-back Premiership seasons of 1981 and ’82.

By then, O’Sullivan’s ability had been recognised by other clubs, and during the 1982 off-season he was personally head-hunted by Footscray President Dr Tony Capes, who wanted him for the position of Bulldogs General Manager. Shane left his mark at the Western Oval by streamlining the Bulldog’s administration and being a leading figure in the 1984 appointment of rookie senior coach Michael Malthouse.

When the AFL expanded into a 14-team competition in 1987, O’Sullivan accepted an enormous challenge as General Manager of Football of the Brisbane Bears. From scratch, he was responsible for assembling not only a playing list and a coaching panel, he had to find a home ground and establish a whole new culture – under the constraints of a private owner (tycoon Christopher Skase) who knew little about the game.

For six years O’Sullivan lived in a maelstrom, as the Bears reeled from crisis to crisis at their temporary base on the Gold Coast. When Skase went broke, local businessman Reuben Pelerman stepped in and paved the way for a total reconstruction of the club, before a long-awaited move to the Gabba in Brisbane in 1992 saved the team. By then the Bears were being coached by ex-Carlton champion Robert Walls – the clubs’ fourth coach in five years.

By Christmas 1992 O’Sullivan was back in Melbourne, preparing to take up a new position as senior coach at Oakleigh. During 1993 he also worked on a part-time basis as a talent scout for Melbourne. After one season in those dual roles, Carlton stepped back into the picture and offered him the position of Recruiting Manager. He happily accepted, and filled that role for 12 years. In 2004, he became Football Administration Manager, a role which continues today and sees him working closely with coaches, players, and staff in all departments.

In November 2014, the Carlton Football Club nominated Shane O’Sullivan for the AFL Jack Titus Award, which recognises outstanding all-round contributions to the game. Named in honour of the much-respected former Richmond player, match committee member, vice-president and senior coach, the award was presented to O’Sullivan at the League’s 2015 Annual General Meeting in March.

A number of testimonials supporting Shane’s nomination included these words from the man who has coached more games of VFL/AFL football than any other in the history of the game – Mick Malthouse; “Shane O’Sullivan has given so much of his life to football and he’s still passionately in love with it. He loves nothing better than to see young men succeed, and he helps them do that by letting them worry about football. He will worry about everything else for them. He is the most giving person I have ever struck in football, because for Shane it’s all about making sure that things happen for people and he will take care of the rest.”