Carlton would be Runners-Up in the 1986 Night Series Competition.

The Blues would go down to the Hawks in yet another Blues v Hawks battle of the mid-1980's.

To make it worse, we would have to front up again in only a few days for a 'normal' season fixture.

I remember this as one of my worst ever nights at the footy. Dad let me sit by myself as a 14 year old, and I sat behind the goals at the right of screen all night sheltering under a tarpoline with two hawthorn supporter while the rain pelted down relentlessly for hours.

The Blues were held scoreless in the first and last quarters of this game. 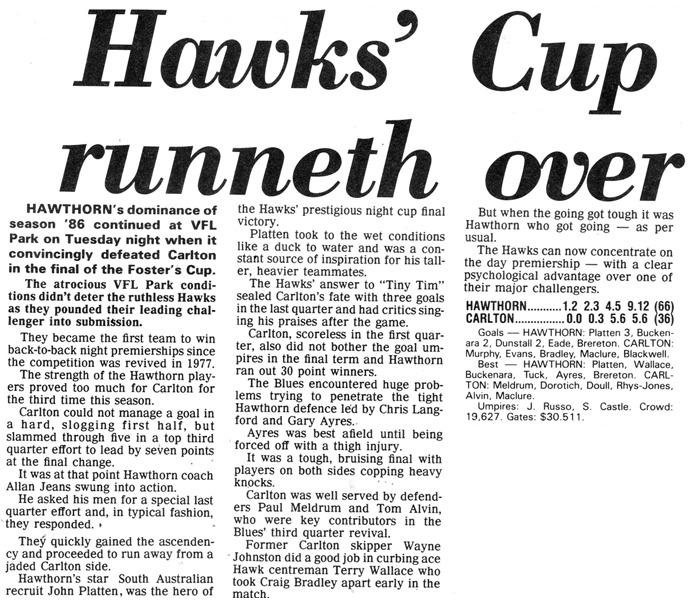