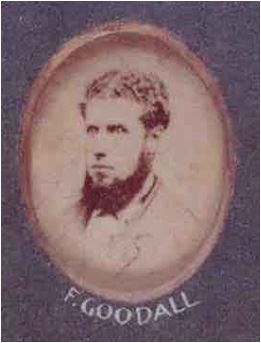 1867 Goodall played in the end of season North vs South game.

1868 Named in the Carlton side to play Geelong on Monday 25th. May.
Goodall named in squad to play Emerald Hill at Emerald Hill Saturday 6th June 1868.

Bendigo Advertiser August 17 1883
Perhaps the initials are a typo.