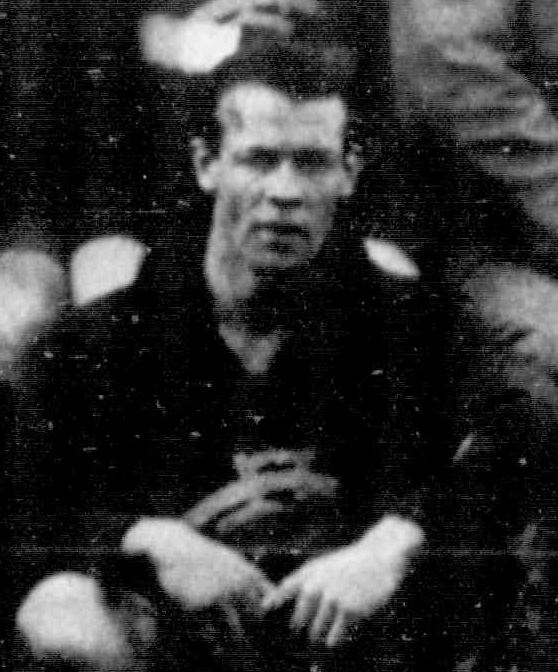 In a notable career during the 'Roaring Twenties', Daniel George Gough was a consistent and reliable forward in the VFL for Fitzroy and Carlton, and a record breaker in the VFA with Northcote. Although only 175 cm and 71 kg, Gough’s pace off the mark, agility, and uncanny ability to read the flight of the ball made him a handful for even the best of full-backs. He favoured the place kick for set shots at goal, and was equally adept with drop-kicks on the run.

Born in Northcote at the dawn of a new century, young George began his football career with local teams Croxton IOR and Preston. He was almost 20 years old when Fitzroy offered him a chance at VFL level, and Gough didn’t hesitate. Throughout 1920 and ’21, he played 23 senior matches for the Maroons – mainly as a rover - and booted 28 goals. However, during his second season, all was not well between Gough and Fitzroy coach Percy Parratt, and by 1922 George had left Fitzroy and joined Northcote.

With the Brickfielders, Gough was asked to play at full-forward and soon became a star. He averaged better than three goals a match in his 82 appearances over the next five seasons, and in August 1924 set a VFA goal-kicking record that still stands. On that occasion, he booted an amazing 25 goals in Northcote’s score of 30.17 (197) against the bottom side Prahran, who finished on 5.10 (40). Gough kicked two goals in the first quarter, eight in the second, and 15 of his team’s 16 majors in the second half! This haul included Northcote's entire score of 11.2 in the last quarter. This still remains the record for what is recognised as senior football in Victoria.

By 1927 Carlton was just one of a number of VFL teams with an open invitation waiting for George, who had been the VFA’s leading goal-kicker in 1924 with 83 goals, and runner-up in 1926 with 75. Understandably, the Blues were thrilled when he eventually agreed to have another crack at the top level, at the age of 27. Wearing guernsey number 14, he made his comeback to the VFL at full-forward for Carlton in round 6, 1927, and booted five good goals in an emphatic 20-point win by his new club.

Although he never managed more than five majors in a game after that, Gough was a consistent contributor over the next two seasons. He played 12 games for 30 goals in 1927, and another 12 matches for 36 goals in 1928. He was kept goal-less only once – against Richmond in round 17, 1927 – before finishing his career with honour against the Tigers in the 1928 Semi Final. Richmond won that fierce contest by 53 points, but they never subdued Carlton’s key forwards George Gough and Horrie Clover, who kicked seven of Carlton’s nine goals between them. After departing Princes Park, George played nine more games for Northcote in 1929, Gough then returned to Preston in 1930, but was well past his best and managed only 5 games for the season before calling it a day then hung up his boots for good.

When assessing Gough’s relatively short career at Carlton, it should be pointed out that the average scores in games of a century ago were much lower than those seen today. Therefore, George’s average of 2.75 goals per match over his 66-game career is an outstanding effort – one that sees him still ranked in the all-time top 20 for the Blues.