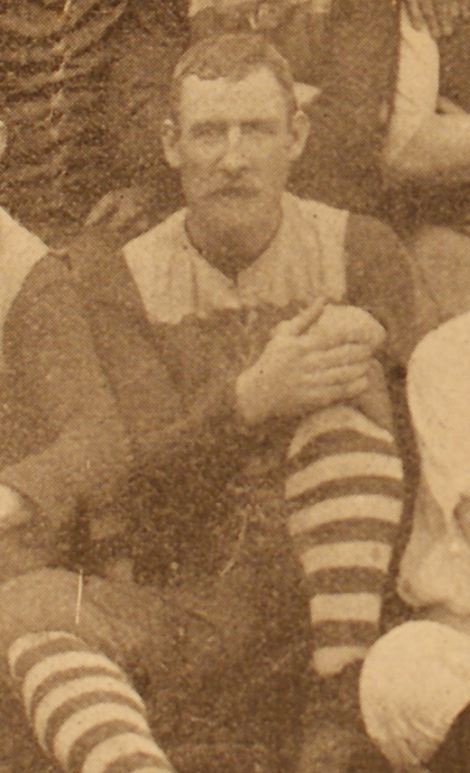 
Len Morrison was born in Amphitheatre, just west of Avoca, he was a big, hard-hitting ruckman who played for five seasons at Princes Park at the turn of the 20th century. Morrison was recruited by the Blues from Fremantle, WA, after previously turning out for North Melbourne in the VFA, his original club was Albion United. Although he was criticised at times for his lack of endurance, he was a hard-working, honest footballer who was always prepared to protect and defend his team-mates.

Morrison played his first and last games against South Melbourne, and would have ended up with one extra match to his credit had he not been involved in an odd incident on the morning of round 9, 1899. On that occasion, Morrison and his team-mate Pat Considine were waiting for a train on the platform at North Melbourne station, looking forward to that afternoon’s match against Geelong.

The train duly arrived, but didn’t stop – and two dumbfounded Blues watched it steam past and disappear down the tracks. The next train was hours away, so Carlton was forced to make two late changes to the team, and lost by 30 points