Carlton defeated North by 30 points - Optus Oval. Kouta was impossibly brilliant as he took Carey out of the game yet kicked 5 of his own. Houlihan debuted.

The Blues would pull away from the Kangaroos in this Grand Final Replay in the second half to take the game by 5 goals.

But the headline result doesn't tell the story of the day - Koutoufides. Kouta was impossible to describe as he not only took Roo Legend Wayne Carey out of the game in the first half, but he went on to collect 38 disposals, 5 goals, 10 clearances, 24 contested possessions, & 3 contested marks. This performance would be one of only two in AFL History where a player recorded 38+ disposals and 5+ goals in the same match which was also achieved by Leigh Montagna of St Kilda in 2010. 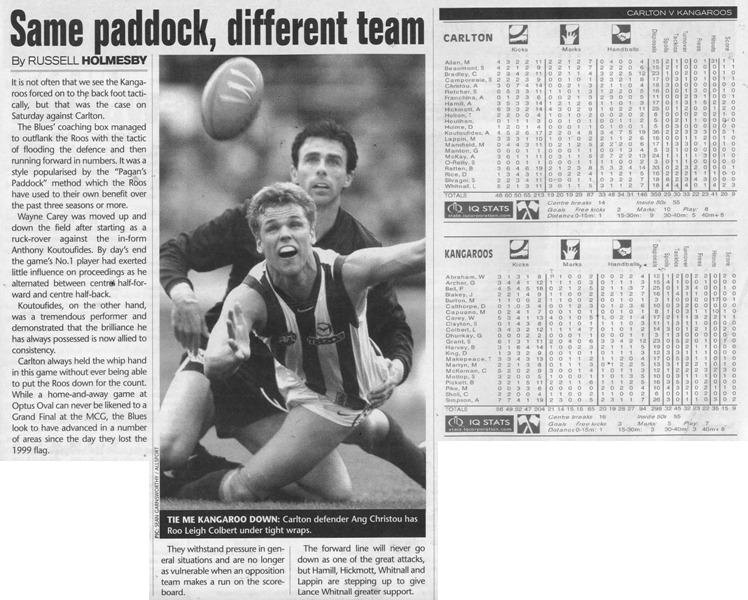 The support staff, as always in 2000, were also good, with Brett Ratten getting 30 stats in his 200th game, Hickmott 23, and a great array of goalkickers as we pumped the Premiers at home. As another bonus, Carlton would welcome a young Ryan Houlihan for his debut game. Despite being a late draft pick, Houlihan would quickly become a regular in the team.