Another match against Collingwood, and another win to the Blues at Princes Park. 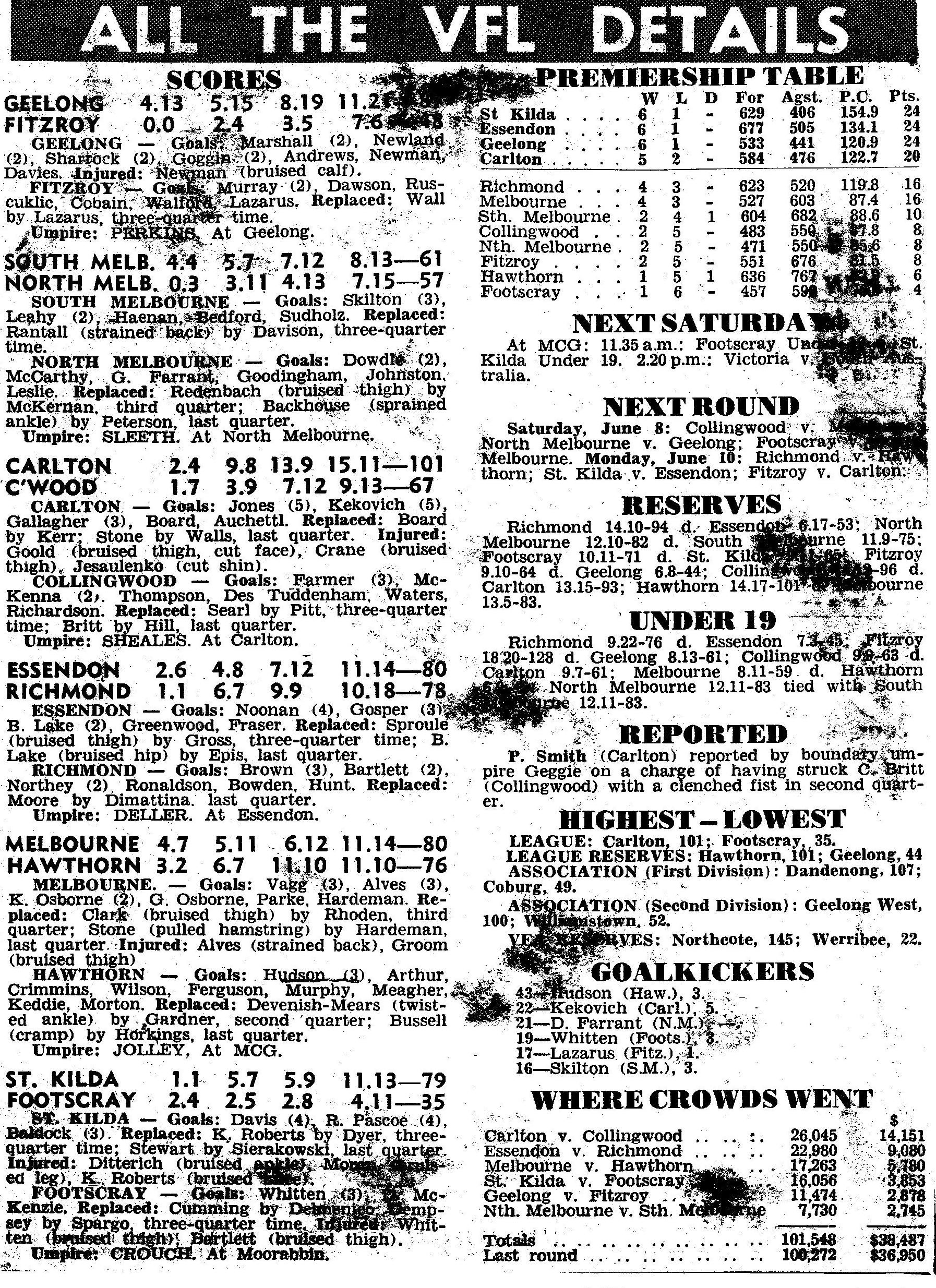 Collingwood won the toss and kicked to the outer end favoured by a strong wind. Both teams went in very hard right from the start. The full forward lines were kept under constant pressure and forced into the hurried shots for goal.

Silvagni was creating many opportunities but well judged marked by Potter, Hug and Waters turned out many a Carlton attack. Goold was proving a match winner at Centre Half Back and was yards faster than McKenna. Lofts punched the ball cleat to Collins on many occasions with great anticipation. The Carlton teamwork which has been lacking in recent games was functioning well. The quarter ended with no team in complete control. Carlton held a slender 3 point lead.

In the second quarter, Carlton found a new lease of life and slammed on 7-4 to 1-2. Jesaulenko was the prime mover in all Carlton attacks although the half back line was well on top and continually drove the ball downfield. Silvagni with strong marks and clever passages of handball enabled Gallagher and Board to regularly feed the forwards. Jones took 3 or 4 towering marks in the forward pocket and kicked 3 goals for the quarter.

In the third quarter the Magpies fought back but could not quite bridge the gap as Carlton always came up with the answering goal. Tuddenham who had played well in the centre was now roving and featured in many lion-hearted attempts to urge Collingwood on. He did not have it all his own way against Crosswell who played fearless and determined football. The Carlton rucks were gaining control and Carlton held a 33 point lead as the quarter ended. 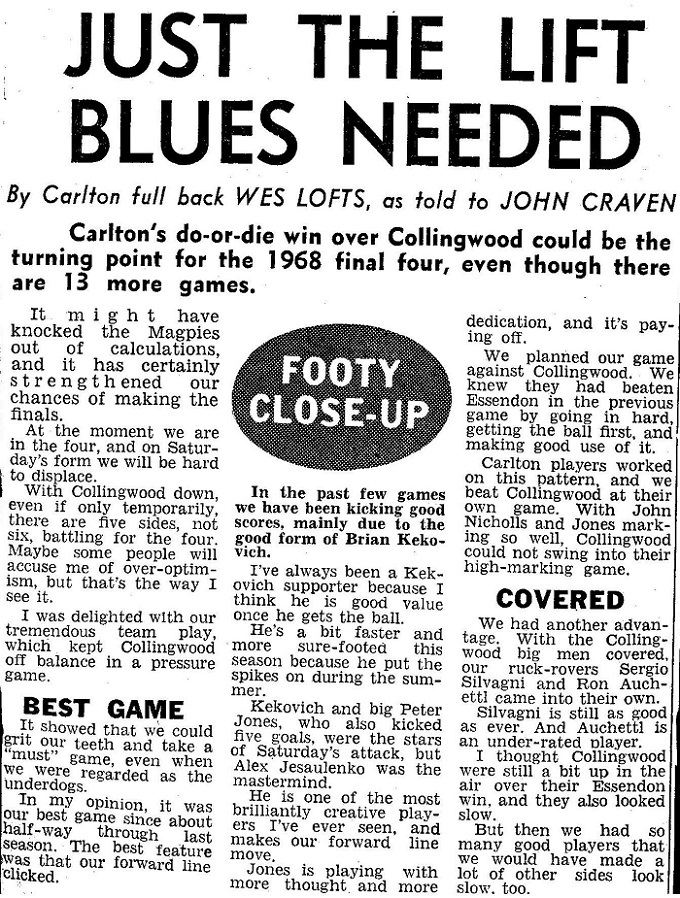 Carlton went on with it in the last quarter in their best performance for the season. Had it not been for the great marking in defence by Hug and Waters the Blues would have won by many more goals.

For Carlton, best on ground was John Goold with superb play and anticipation at Centre Half Back. Silvagni was tireless, whilst Jones kicked 5 under pressure and rucked well. Others to play well were Jesaulenko, Kekovich, Crane, Hall and Auchettl. For Collingwood, best players were Waters, Hug, Potter, Tuddenham, Richardson, Britt and Farmer.