In Carlton's first VFL match on Anzac Day, the Blues lost to Fitzroy by 7 points at Brunswick Street.

This was an historic round, in that it marked the first time that official VFL matches were played on Anzac Day. This had only came about because torrential rain had swamped metropolitan Melbourne the previous weekend, forcing two scheduled round 2 games (Carlton versus Fitzroy at Brunswick St, and St Kilda versus Melbourne at the Junction Oval) to be postponed. However, the Victorian Government gave the VFL special dispensation to play those matches on the following Monday afternoon – Anzac Day - and the big crowds that both venues attracted started a tradition.

As to the game itself, Carlton were the better side for most of the game, and led by 13 points at three-quarter time, but the Maroons found plenty when it mattered, and charged home to win by 7 points.


The Blues led at every change except the important one, the end of the game. The Lions were almost five goals down at half-time and still trailed by two goals at the final change. Their persistance paid off with a hard fought 7-point victory over the Blues. - Football Record. 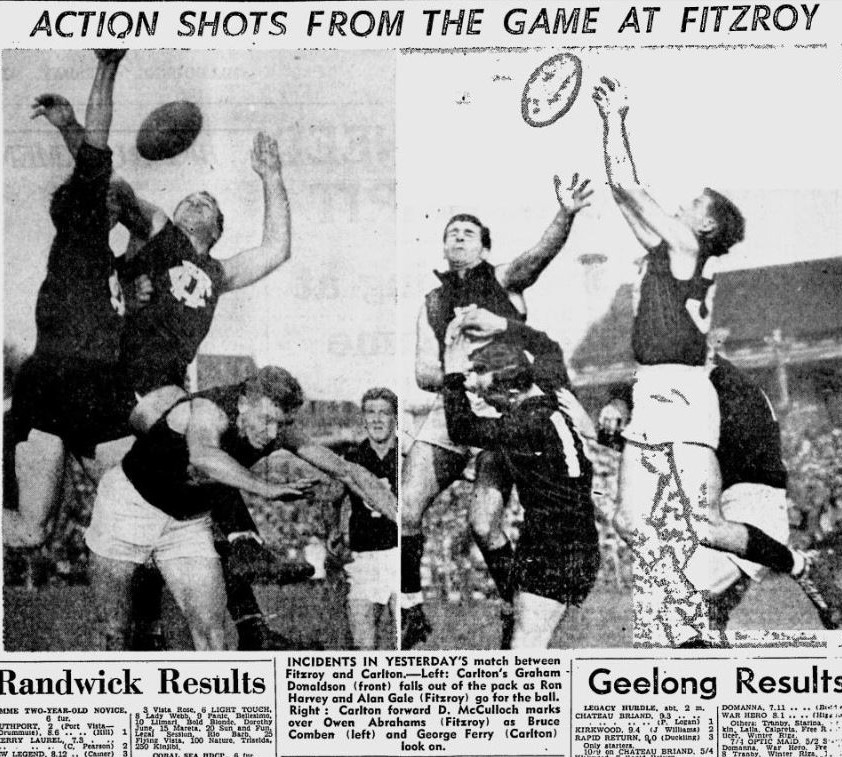 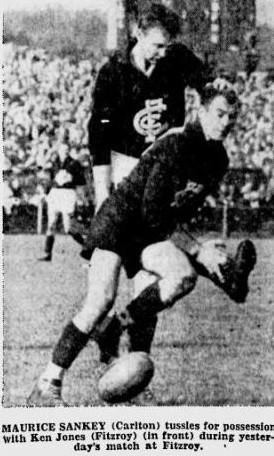