Carlton and Essendon fight out a draw at the MCG, with 132 points apiece. This is the highest-scoring draw in VFL/AFL history. 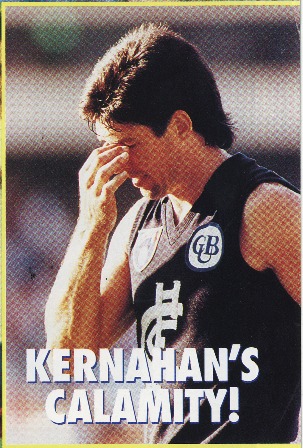 Even if you didn't suspect an Essendon v Carlton Grand Final in 1993, you should have known there was something special about their encounters for the year when you turned up to watch this game. A pulsating epic of lead changes, high scoring, skill and that little bit of drama, this Draw was an amazing spectacle that saw the Baby Bombers v the Champion Blues. 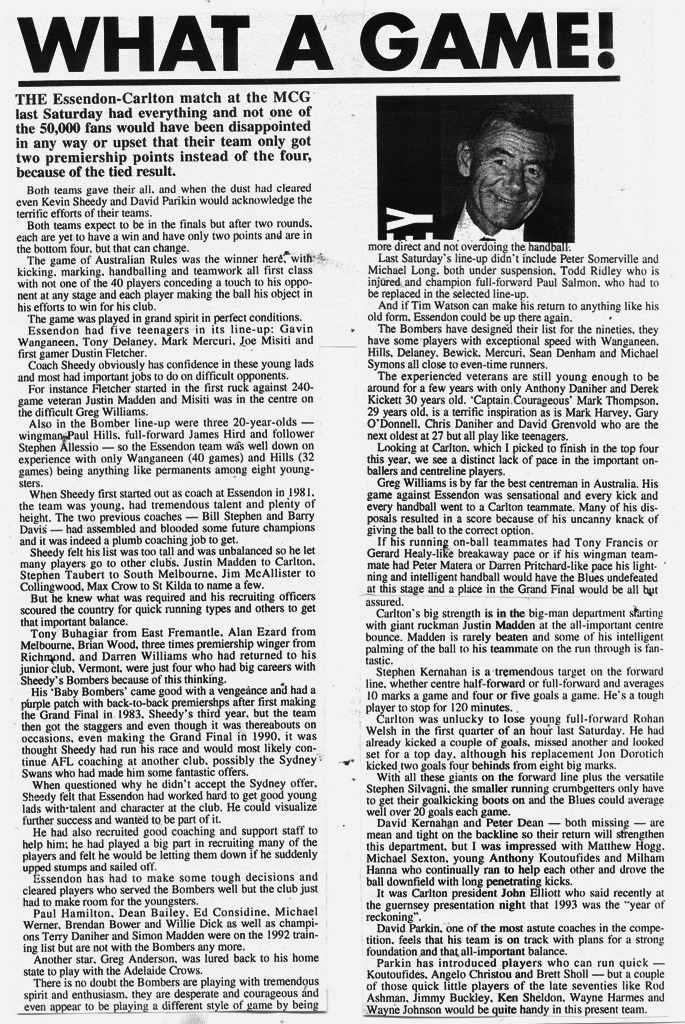 This is also the game that is seen on highlight reels, well, maybe for the Bombers anyway. Dead heat, end of the game, Captain Stephen Kernahan takes the set shot from 40 metres out in the train station pocket. And hits the behind post on the full - game all square, with no time to go. Drawn match.

Greg Williams would poll the 3 Brownlow votes with 38 possessions and newcomer Andrew McKay would take the 1 vote in a promising start to what would become a great career in the Navy Blue. The Captain would kick 5, Brett Sholl would have a day out with 28 possessions and winger Craig Bradley would also hit 33 possies. If only that perennial Bomber fringe dwellar Peter Cransberg hadn't have kicked those 4, the Blues may have taken the win on the day. 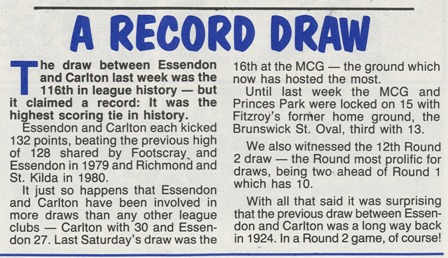 Interesting fact: This is the highest scoring draw of all time in the VFL/AFL.