Carlton blew a 20-point lead to fall to Melbourne by 1 point at Princes Park.


Carlton captain Graham Donaldson won the toss, and kicked with the aid of a strong breeze to the Lygon Street end of Princes Park in this game, allowing the Blues to set up a 20-point advantage at the last change. But the wind freshened further as the last quarter began, and the Demons overhauled a spent Carlton in the last few minutes to win by one point.

It was a disappointing end to the season - although first-year full-forward Tom Carroll welcomed his cousin Jim into Carlton's team, before booting another haul of 5 goals. Tom's tally of 54 for the year edged out Geelong's Doug Wade by three, and clinched the VFL top goal-kicker award for the exciting recruit from Ganmain, NSW. 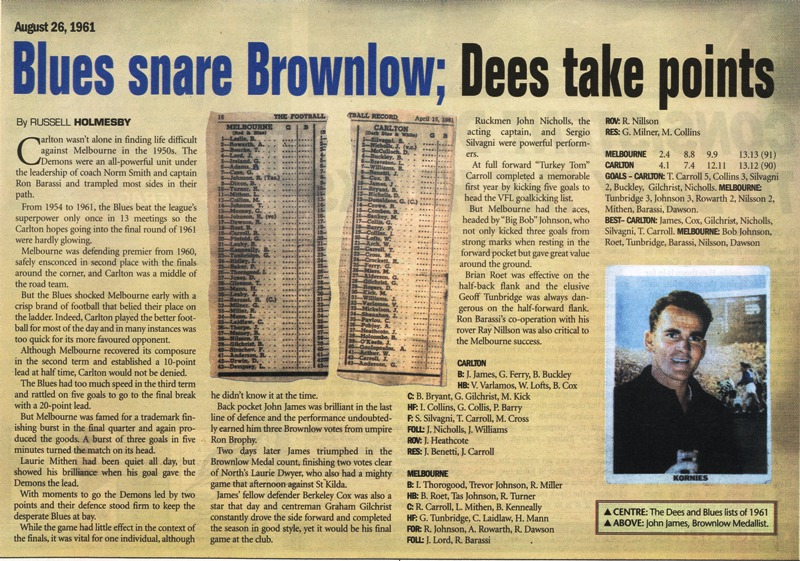