Carlton's 2012 came to a horrific end when we lost to cellar dwellars, Gold Coast, by 12 points. 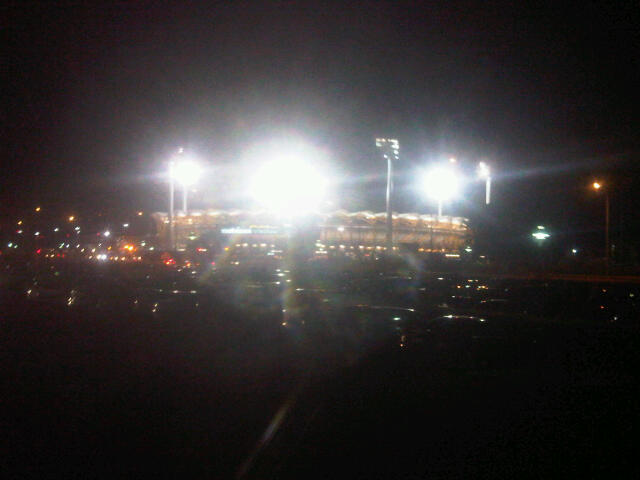 It's become almost a birthright for many Victorians to head north during their cool winter and spend a week or two relaxing somewhere in the balmy climes of Queensland. As well as being a popular holiday destination, the Gold Coast has also become a popular destination for AFL teams to frequent in search of a lift to flagging confidence and healthy percentage boosting victories. When the Blues packed their kit bags for the journey north to face the Suns, I'm sure more than one of them also slipped in the thongs and sunscreen. The result was surely just a formality, so most pundits assumed, the real question would be by how much would they win, not who would win.

At selection only Mitch Robinson would miss the boat from the side that helped deliver a thumping victory over the Bombers in round 21. An eye complaint would prevent him from taking his place. The work horse David Ellard got another game in Robbo's absence, his ninth, after a wonderful performance in the VFL last week.

Things started ominously for the Blues, Gold Coast had goaled with less than two minutes gone and it became apparent very quickly that they were switched on and ready to play while the Blues were having a little snooze. Not only did the Blues find themselves a goal behind, but they were also a man down. Andrew McInnes landed awkwardly in the marking contest, twisted his knee and was substituted from the game. It was looking like a sad end to the season for McInnes with the reports suggesting a nasty ACL the result. Things didn't get any better for Carlton as the Suns poured in a steady stream of goals, with the Blues floundering as they attempted to stop the bleeding. The run of six consecutive goals by the Gold Coast finally came to an end through Chris Judd. Late in the term Judd took charge for a brief period goaling on the run twice in the space of a few minutes to breathe some much needed life into Carlton's body. With the Suns' margin reduced to 22 points at the end of the quarter the game was far from over, but Carlton's performance during the term left a lot of heads shaking, not least Brett Ratten's.

Eddie Betts got the Blues started with the first goal of the second term. After a penetrating ball in from Andrew Walker, Betts marked a short distance out and converted comfortably to bring Carlton within three goals. With that came the end of Carlton's short period of dominance either side of the break. The Suns went on another extended goal scoring run, rarely before seen from them, as they put through four more without a peep in return from the Blues. 39 points behind and with alarm bells starting to ring in Carlton ears globally, the mid-winter sojourn was looking like becoming the holiday from hell. Jeff Garlett got one back for Carlton, but the Suns returned fire quickly and the Blues found themselves in unexpected territory 38 points adrift at half time.

During the break there's no doubt Ratts had some stern words for his team just in case they didn't already comprehend the gravity of the situation they were in. The Blues appeared to respond, at least in terms of effort and intensity. The part of their game that didn't get dragged along at the same level was accuracy in front of goal. As Ratts would comment post game, all the key indicators were up - possession (contested or otherwise), clearances and tackles, BUT where it counted most, on the scoreboard, it was just an awful mess and early in the third term the rot well and truly set in. Four consecutive behinds came before Chris Yarran finally threaded one through from dead in front. It didn't exactly open the flood gates though, as two more behinds followed. Finally Betts and Brock McLean put together consecutive goals, McLean getting some scoreboard reward for another solid effort to compliment an excellent second half of the season. With the Blues back within a few goals the Suns rallied again to stretch their lead to 23 points before Carlton came again. Another goal to McLean was followed up by one to Jarrad Waite (finally breaking his duck after kicking four behinds) and the game was alive with a mere 12 points separating the teams at the final change.

The Suns got the all important opening goal of the final term giving themselves the tiniest bit of breathing space. Carlton kept attacking and had opportunities aplenty but continued to be wasteful with Levi Casboult, like Waite, being one of the main offenders. Yarran snagged his second with another nicely finished set shot and when Waite did likewise shortly after the Blues were only four points behind and as close as they had been since the Suns' opening goal. The Gold Coast team didn't buckle under the strain and stretched their lead again with another two goals and that would be the end of the majors. The Blues desperately tried to bridge the gap but finished with another five consecutive behinds on the back of a woefully inaccurate 7.13 in the second half. It was obvious from the faces of the Carlton players immediately after the siren that they realised the extent of the disaster. A season ender, almost certainly, and perhaps the final nail in the coffin surrounding Brett Ratten's coaching career.

For another view of this match, please click here....