Carlton fought a draw with Collingwood at Victoria Park - the first of two in 1972. (Cached)

This would be the first of two drawn matches in season 1972, with the latter coming in the Finals. The top five teams after this round were Essendon, Hawthorn, Richmond, Carlton and St Kilda.

The usual battle royal took place at Victoria Park, and finished in the fourth draw between the two since they've played in the League. The Blues looked the better side for most of the game, but appeared to run out of condition at the vital part of the game. With top forward McKenna well held by Geoff Southby, the Magpies finished up kicking their lowest score in the past eight games with the Blues. - Football Record. 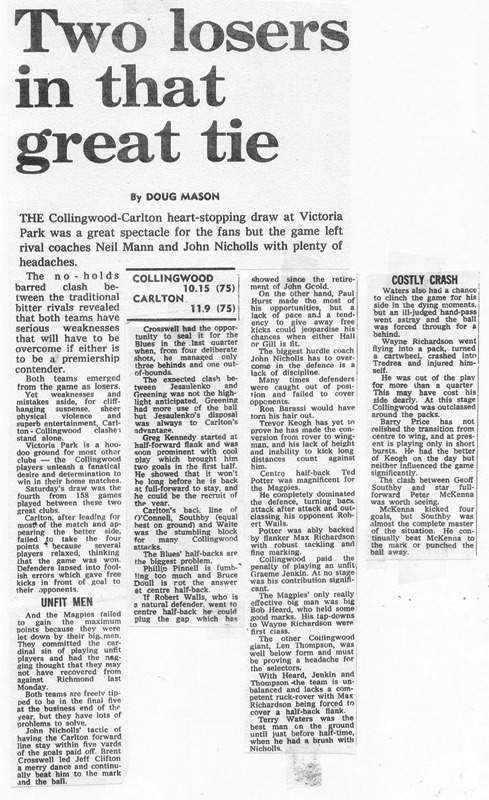 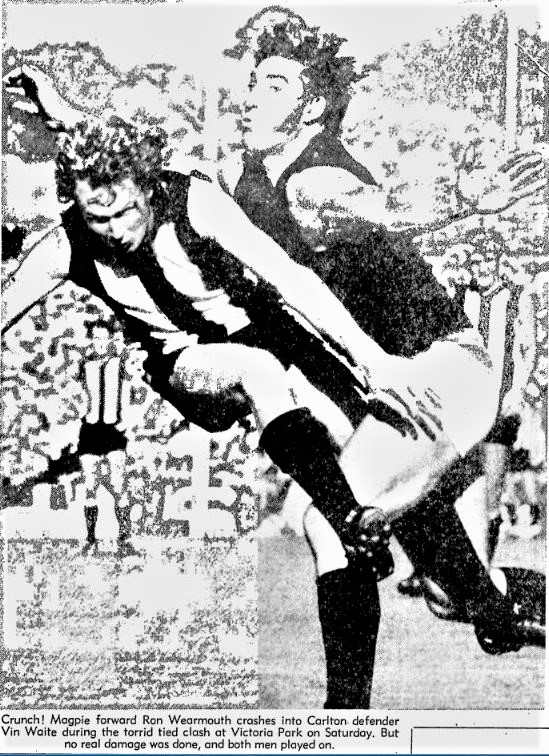