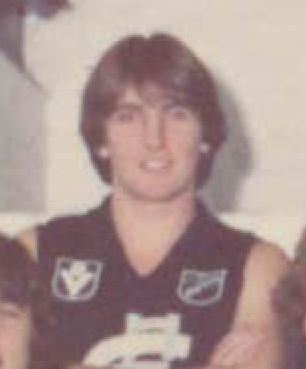 Russell Brock played U/19's football for Carlton, he also played reserve grade football for Carlton in 1982. Brock was a prolific goalkicker at U/19's level. Brock was playing at Parade College when he was selected to tour Ireland with a Victorian schoolboy team that included fellow Blues Shane Robertson and Malcolm Mottram.

Brock was recruited from Thomastown.

Buckley and Marcou call for a free-kick to Johnston.jpg