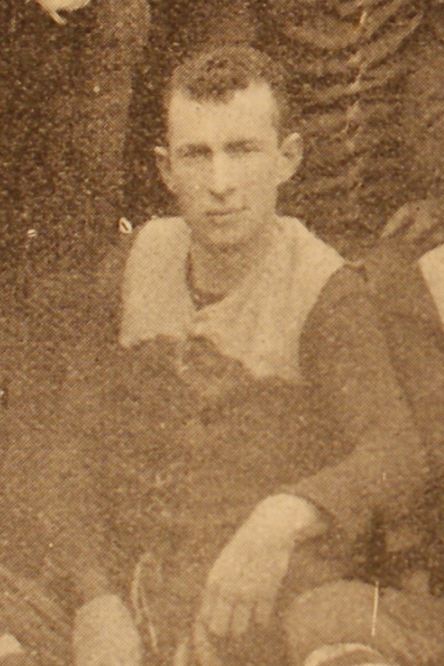 Walsh was one of Carlton's first champions - playing 78 games and kicking 21 goals after playing his first VFL game in Carlton's first VFL / AFL season. Walsh was originally recruited from Footscray in the VFA, before playing with Carlton in that competition. Thereafter, he crossed with Carlton into the new VFL competition. In 1904 he was granted a permit to Brunswick.

1896 May 02
First week of the V.F.A. season The Blues had the bye, and played Ballarat Imperials at Saxon Paddock in Ballarat.
Walsh was named in the Carlton squad for this game.

1896 May 09
Walsh made his debut for the Carlton F. C. in the match against Essendon at the East Melbourne C. G.

1896 September 12
Walsh is mentioned in the game against Collingwood at Victoria Park.

Walsh may have played in all 18 Carlton matches this year.
This year there is a lack of information regarding playing squads and match reports.
This may be due to Carlton's poor on field results over the recent years. Or, the severe economic depression Australia was experiencing, and maybe the newspapers were trying to cut costs.