Loading...
Preliminary Final, 1967         Carlton's year ended in this disappointing 5-goal loss to Geelong in front of 95,000 fans at the MCG, and 1964 Brownlow Medallist Gordon Collis retired after the game.

Carlton dominated the Cats in the opening quarter, and built a 27-point lead at half time, but that quickly evaporated when Wade and Sharrock for the Cats contributed five of their eight goals in the third term to give Geelong a 14-point break at the last change.

The Blues had their chances in the final term, however inaccurate kicking for goal produced 0.6 and destroyed their chances of a Grand Final appearance. This game would mark the end of a fine playing career for Gordon Collis, after 95 games for the Blues. 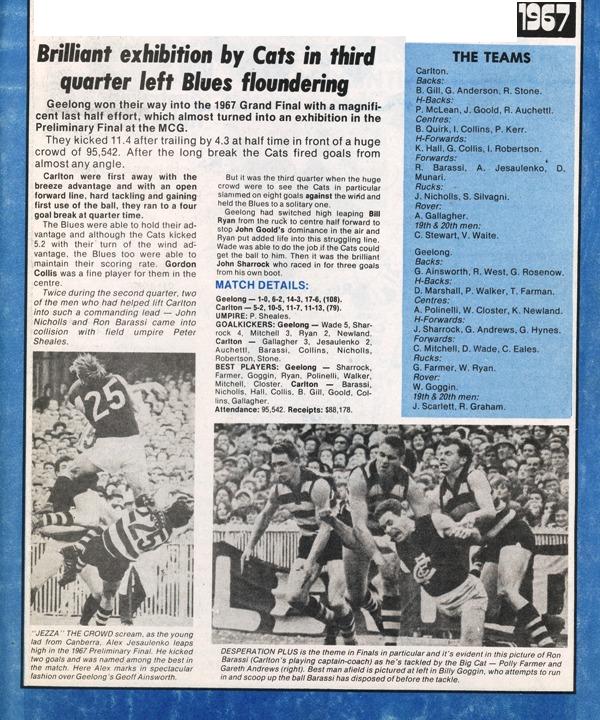