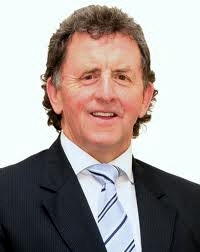 The 29th coach of the Carlton Football Club, Denis Pagan spent more than 40 years involved in elite football at both junior and senior levels. After starting out on the field with Carlton’s Under 16 side in 1963, he went on to play more than 140 senior matches with North Melbourne and South Melbourne, and wore the Big V in interstate football for Victoria. When he took up coaching, the high point of his career came when he guided North Melbourne to the 1996 and 1999 AFL flags. The low point arrived when he was sacked as coach of Carlton in the wake of the club’s successive wooden spoons in 2005-06.

When Ron Barassi sensationally joined Carlton as captain-coach in 1965, Pagan had been making his way through the junior ranks at the club for three years. A determined specialist back-pocket with good hands and steely concentration, he was popular with his team-mates and a keen student of the game’s history. But Barassi thought he lacked pace, and was quick to tell Denis that his future prospects at Carlton were limited at best.

So in 1967 Pagan crossed to North Melbourne, where he knuckled down and made the last line of defence his domain. Racking up 120 senior games for North over eight seasons, he represented Victoria against Western Australia at the MCG in 1971. Then two years later, he was re-united with Barassi when the game’s biggest name arrived at Arden St as the new coach of the Kangaroos. The pair combined to get North through to the 1974 Grand Final against Richmond, but after the Tigers crushed his team by seven goals, Barassi handed Pagan his marching orders for the second time. Denis wasn’t quite ready to give the game away however, so he found a new home at South Melbourne and gave the Swans whole-hearted service throughout one last VFL season in 1975.

Afterwards, Pagan wound up his playing career with VFA clubs Port Melbourne and Yarraville, moving into the next phase of his career as captain-coach of the latter in 1979. The Eagles finished sixth in Division 2 in his first year, and powered through to the Grand Final in his second, only to be soundly beaten by Brunswick. With his playing days over after that defeat, Denis returned to North Melbourne in a variety of assistant positions before he was appointed coach of the Under-19 squad - with spectacular results.

Between 1982 and 1991, Pagan coached the Shinboners’ youngsters in 238 games, claiming five Premierships at the stunning winning ratio of 81.3%. That led to him being asked to coach Essendon Reserves in 1992, and he promptly guided them to a flag as well. Early in 1993, following the pre-season competition, North Melbourne announced that Pagan had replaced Wayne Schimmelbusch as senior coach. Aided by the fact that he had already established a strong rapport with many of North’s senior players during their Under-19 years, and equipped with one of the all-time great centre half-forwards in “The Duck” Wayne Carey, Pagan found success early and often over the next decade. North were regular finalists, and won flags in 1996 (beating Sydney) and 1999 (defeating Carlton).

But glory is fleeting in football, and as the 2002 AFL season drew to a close, two things were clear. One, that Carlton was about to be awarded the club’s first-ever wooden spoon, and two; that Denis Pagan's contract negotiations with the Kangaroos were not going well. The sense of shame around Princes Park was palpable, and the club’s much-maligned coach Wayne Brittain had already been sacked.

Meanwhile, Carlton President John Elliott was under intense pressure. He desperately needed a proven coach - not only to restore Carlton's on-field fortunes, but also to shore up his position. Enter Denis Pagan, who was lured with a contract offer that, even by Carlton standards, was rumoured to be huge. Speculation in the media mentioned figures as high as $700,000 per year – but Pagan himself s refuted those claims years later, saying that while the offer was attractive, it was performance-based, and the main reason he swapped clubs was because he knew he had reached his use-by date at North Melbourne.

At the time of Pagan's signing, Carlton held picks 1 and 2 in the upcoming 2002 National Draft. Brendon Goddard, a lifelong Carlton fan was the standout recruit, and a marriage of convenience between talented youth and boyhood dreams seemed on the cards. Coupled with the highly-rated Daniel Wells at pick number 2, Pagan was expecting a bright start to his task of rebuilding Carlton's list. But history shows that those prized recruits never eventuated, as Carlton was heavily punished for rorting the AFL salary cap rules prior to Pagan joining the club. Fined more than $900,000 and all but banned from the National Draft for two years, the Blues had been bombed back to the stone age.

Shortly after the AFL announced those penalties, festering discontent at Princes Park saw John Elliott's successful and controversial Presidency come to an abrupt end when he was voted out at an Extraordinary General Meeting of members. And just a few weeks after the beginning of an optimistic future at Carlton, Denis Pagan was faced with circumstances he could never have predicted.

The years from 2003 to 2006 were the darkest in memory for everyone involved at Princes Park, and Pagan endured pain on and off the field, as he culled and rebuilt Carlton's sub-standard list. The Blues won the 2005 pre-season Wizard Cup, but that was merely a precursor to successive wooden spoons in 2005 and 2006, with many humiliating losses along the way.

The 2007 season began with another pre-season premiership, as well as a huge morale boost when Richard Pratt was appointed President - the fourth change at the top during Pagan’s coaching career at Carlton. With recharged enthusiasm came some exciting, attacking football. Approaching the mid-season bye, Carlton had posted four wins, including victories over the well-performed Port Adelaide and Western Bulldogs. Things seemed to be on the up, until round 12, when Pagan coached his 100th game in charge of the Blues, and it ended in disaster.

In front of a huge crowd on a Friday night at Docklands, Hawthorn demolished Carlton by 100 points, and key players Lance Whitnall and Andrew Walker both suffered alarming injuries. From that night on, the Blues fell into a slump that Pagan was powerless to prevent, and the next three games saw consecutive heavy losses to Fremantle (by 77 points), Sydney (62 points) and worst of all, Brisbane (117 points).

That capitulation to Brisbane – witnessed by 27,000 on a Sunday afternoon at the Gabba, as well as a much larger national television audience – sounded the death knell on Pagan’s tenure as coach of the Blues. The club board met in emergency session the following morning, and by early afternoon a hastily-called press conference saw a somewhat relieved Pagan end his coaching career with commendable dignity, passing over the pressures of leadership to his senior assistant, Brett Ratten.

In 2008, Pagan was appointed to the board at North Melbourne, but resigned after 12 months.

Blueseum: Summary of wins and losses for Denis Pagan as Coach (for both the Kangaroos and Carlton) | Pagan's Blueseum Image Gallery