In a dreadful start to the season, Fitzroy smashed Carlton by 94 points at Princes Park.


As season 1904 drew near, the Blues were an unsettled club. Former president Robert Heatley who resigned at the recent AGM, and coach Jack Worrall could not see eye to eye, so Henry B. Higgins was made club President. (He would remain president for twelve months.) Better players Ernie Walton and George Bruce had both requested clearances and Joe Sullivan had departed for Western Australia to play for Boulder City. Gordon Ross had injured his arm during training earlier in the week and was unavailable. With Mick Grace still involved with junior cricket, the Blues could ill afford to be missing so many quality experienced players.

"As the players filed into the field the vice-president, Mr Broatch, and secretary Mr. J. Worrall, escorted the Attorney-General of the Commonwealth (Mr. H. B. Higgins) the new president of Carlton into the arena, and introduced him to the Captain and team." (Herald May 07)

Early in the first quarter on an a cool, overcast Saturday afternoon at Princes Park, Carlton forward Fred Webber place-kicked a neat goal for the Blues to keep his team in touch with Fitzroy - the previous season's beaten Grand Finalists. From then on however, the Maroons' defence strangled the Carlton attack and restricted the home team to just six behinds for the rest of the game. The home side did play well in the third term but missed their chances in front of goal.

While the Blues were far from full strength - missing the likes of Mick Grace, Ernie Walton and George Bruce - this was an horrendous start to the new season for Carlton, and stands as Fitzroy's biggest-ever winning margin over the Blues.

Afterwards, Carlton sat 8th and last on the ladder, with a percentage of 13.0.

The VFL introduced boundary umpires in this round. Prior to this season, the field umpire had the exhausting task of throwing the ball back into play. The use of boundary umpires had been experimented with in the Pre-VFL days, and the Ballarat League had used them successfully in the 1890's. 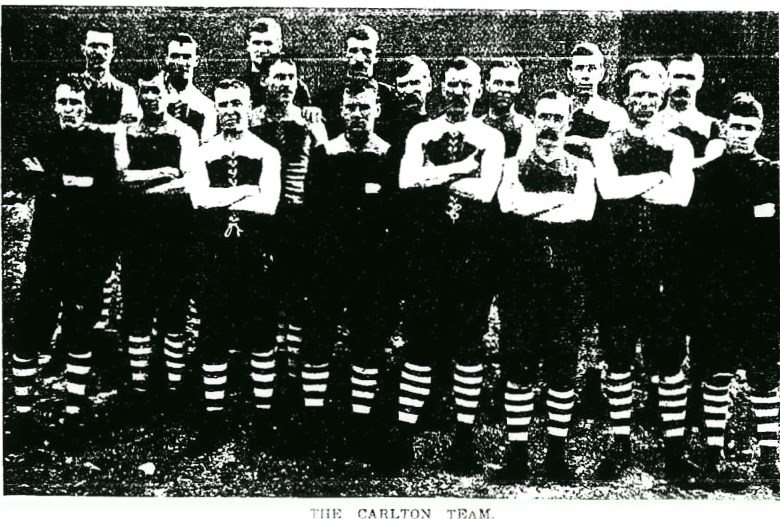 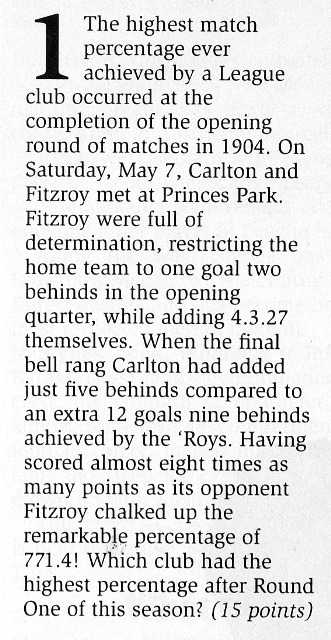