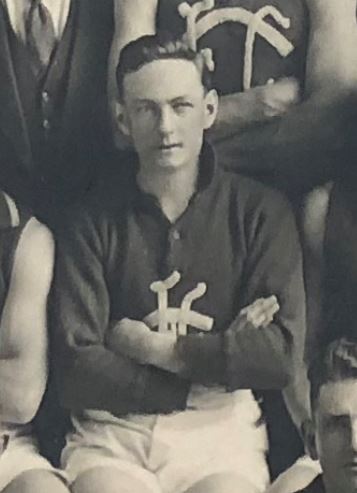 Wearing guernsey #17, James Stirton 'Jimmy' Robertson played 8 games and kicked 7 goals after first pulling on the boots for the Blues in Season 1924. He was recruited from Carlton District.

Jimmy is one of 6 Robertsons to have played AFL for the Blues.

Robertson would represent the Blues in three consecutive Reserves premierships, including 1926, 1927 and 1928.

In October 1926 Carlton visited Hobart for a match against New Town. The Mercury on Friday 15 October (p12) listed the Carlton team and said;
"Robertson will probably be played in the centre position. He is young and is showing promise of developing into a champion."