Despite a dominant season by the Blues, Fitzroy were too good when it mattered. They won the 1916 Premiership by 29 points at the MCG.

With only 4 teams competing during the season, all of them entered the Semi Finals. Fitzroy, despite having scored only 2 wins and a draw from 12 rounds, found themselves in the Grand Final against the Blues after a one goal win over Collingwood in the first Semi Final, followed by a shock win over the Blues in the Preliminary Final.

Both teams were undermanned for the Grand Final, with players missing due to the war, injuries and illness. Jamieson (fractured arm) and Sharp (broken collarbone) could not be considered for the Blues, while champion Rod McGregor also missed, after not recovering from illness that also kept him out of the Preliminary Final. Calwell and Morris played their first game for the season for the Blues. Fitzroy also lost players, with Lethbridge, Toohey and Freake missing from their team, and former captain McLennan came out of retirement to strengthen their side.

The Lions got off to a strong start in the first half, forcing Carlton to shift captain Billy Dick from defence to attack. But despite kicking two long drop kick goals, Dick couldn't turn the tide and Carlton still trailed going into the final term. The Blues kicked the first two goals of the last quarter before Fitzroy steadied and amazingly, became the first and only team to be awarded a wooden spoon and a Premiership in the same year! (The answer to a popular sports trivia question.) 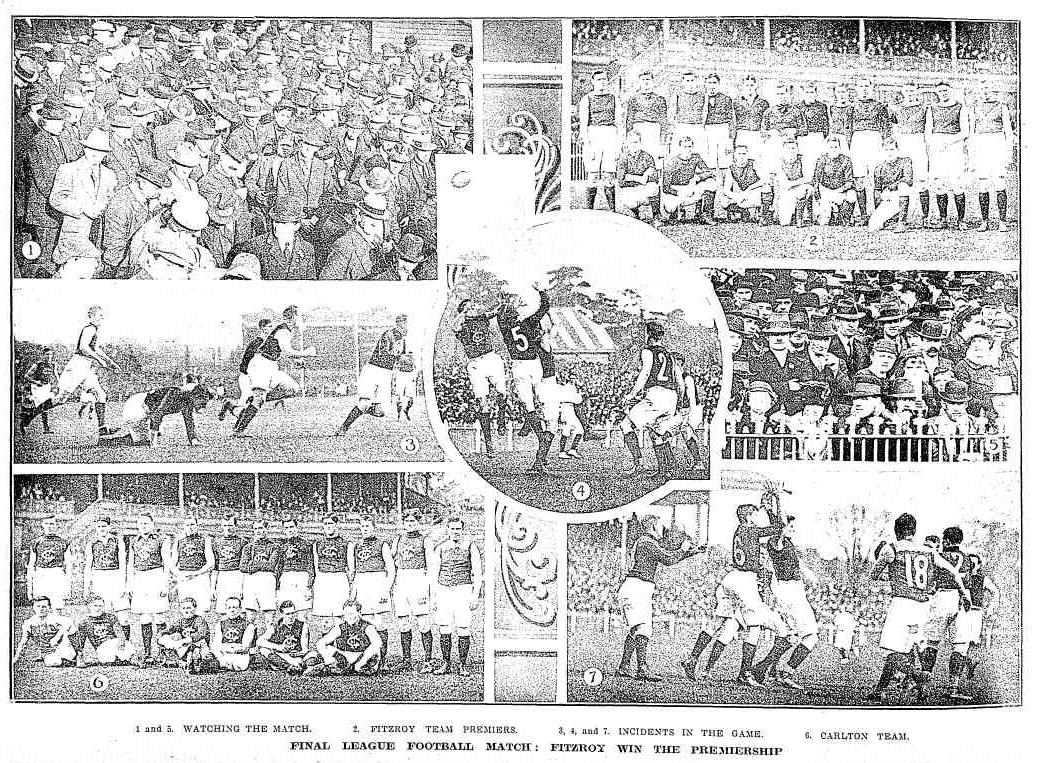 50 VFL Games: Ted Brown
Last game: George Calwell
Interesting Fact: This was the fourth time that Carlton has used numbers 1 to 10 in the same senior side, the last time was Round 2, 1916 and the 2nd time for the season.