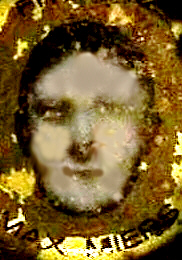 Max Miers was a big, solidly-built ruckman whose path to Carlton’s senior team began at local club Princes Hill, and progressed through Carlton Colts, Brunswick Technical School and the Blues’ Under 19 squad. After a couple of games with Carlton’s Reserves team, Max was selected to make his debut as 19th man for the seniors against South Melbourne at Princes Park in round 13, 1960.

On his way up through the ranks at Carlton, Max had already worn guernsey numbers 31 (1957 - 1958) and 45 (1959), before facing the Swans in number 26. He went on to make three appearances in the seniors that year – all from the reserves bench – before playing out the latter half of the season with the seconds.

While building a reputation for toughness and determination, Miers was recalled to the firsts midway through 1961, and served notice of his potential with a gutsy performance in Carlton’s upset win over St Kilda in round 12 at Princes Park. After five successive losses, the Blues looked doomed when they took on third-placed St Kilda without the team’s two front-line ruckmen; Graham Donaldson and John Nicholls. However, Maurie Sankey and Miers stepped into the breach, and more than held their own to lead Carlton to a famous victory.

As well as boosting Miers’ confidence, that big effort didn’t go un-noticed by other teams. Max played one more game for Carlton; a 9-point loss to Fitzroy at the Brunswick Street Oval in round 13, then surprised the club by asking for a clearance to join the Maroons. Carlton refused at first, of course, but a deal was eventually done and Big Max left Princes Park at the end of that season.

At Fitzroy, Miers became a leader, and the team’s enforcer. He played 40 games and kicked 11 goals between 1962 and ’65, until he was forced into premature retirement by a bad knee injury.

He transferred to the VFA club Coburg in 1966 where he played 16 games and kicked 8 goals.