Geelong stuck with the Blues all match at Kardinia Park, before going down by 8 points. 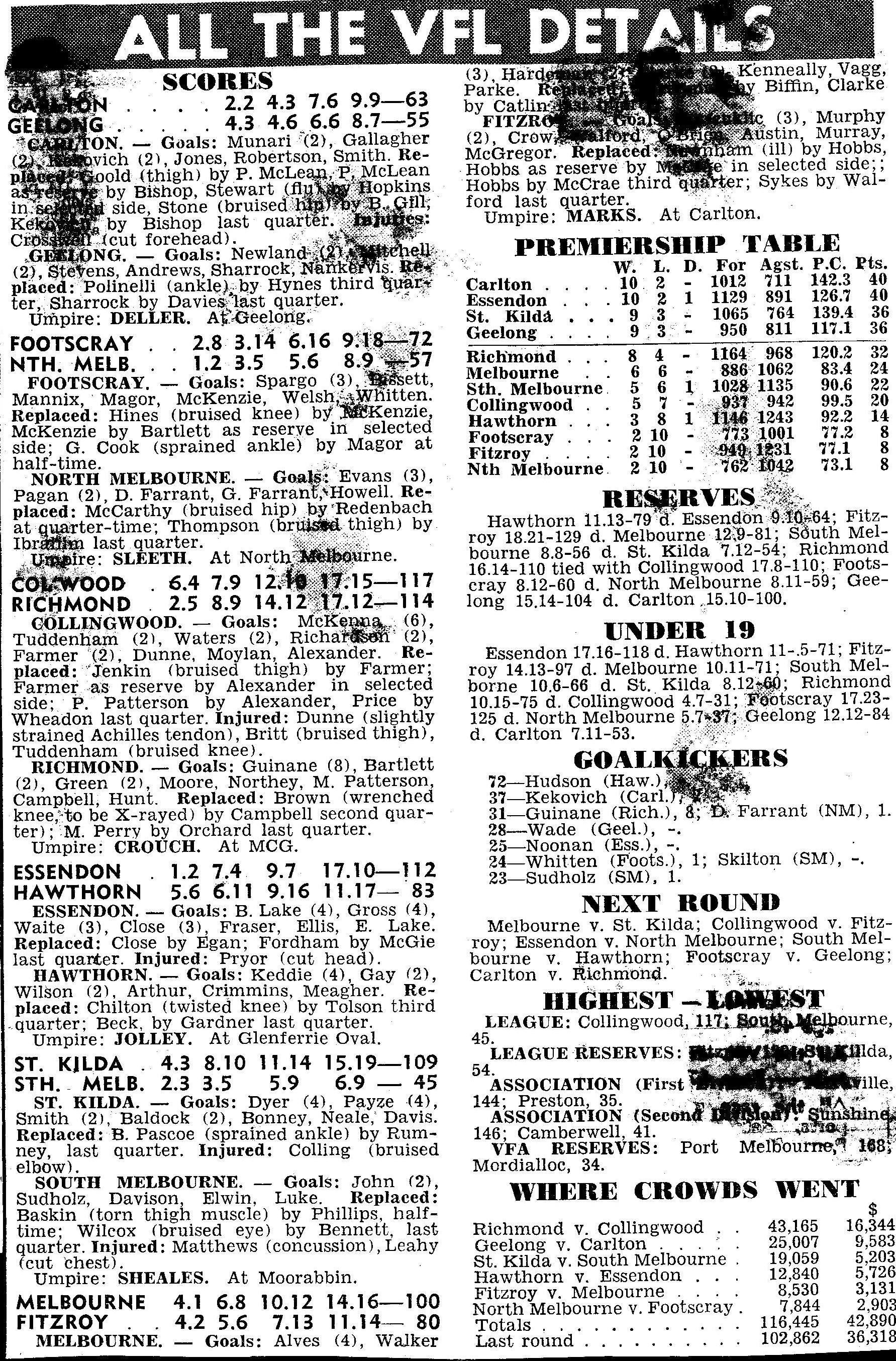 Carlton and Geelong, two teams right at the top of the ladder, took each other on in this enthralling contest at Geelong.

Carlton ended up winning by 8 points, with Carlton sitting up the top of the ladder.

Carlton didn't consider Ron Barassi, who had hoped he could play in the main game against Geelong, which Carlton went on to win 9.9 to 8.7 - Football Life.