Alexander "Ike" Johnston was another remarkable figure from Carlton’s early years in the VFL. The son of a prominent farming family from Lancefield in southern Victoria, he volunteered for war service as a mounted trooper in South Africa just after his 20th birthday, and came home to play eight senior matches with Carlton and Richmond between 1906 and 1908. 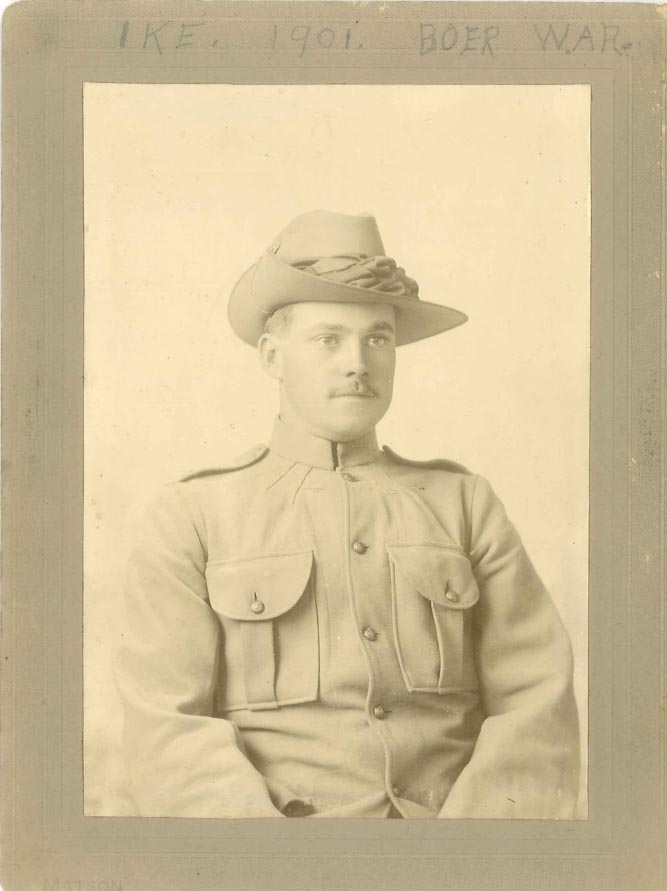 Six years later, he signed up to fight again in World War 1 and, although wounded, was promoted through the ranks from Private to Lieutenant during some of the lesser-known, but equally dangerous campaigns of the conflict. Eventually, he returned to Lancefield in one piece in 1919, where he settled into the peaceful life of a rural farmer – before war broke out once more in 1939, and Alex Johnston took up arms in defence of his country for a third time.

The Johnston family was well-established in the Lancefield district by 1899, when the British Government first appealed to its dominions to provide mounted troops to quell a widespread rebellion by the Dutch-Afrikaner settlers of southern Africa. Victoria quickly raised a number of volunteer formations, including two regiments of the Australian Commonwealth Horse. The first contingents of the ACH sailed for South Africa in 1900, and Ike Johnston joined up in January, 1902.

By the time the Boer War ended in a British victory in May of that same year, more than 600 Australian volunteers had died from enemy action or disease. Among the survivors, Johnston returned to Australia with the Queen’s South Africa Medal and two clasps, to signify that he had been in the thick of the fighting in at least two vital actions.

Apart from horses, shooting and farming, Ike’s other great love was Australian football. Like most country towns, the football club was a social hub of the district at Lancefield and he had grown up with a ball always handy. He surely took one with him to Africa, too. In his absence, Lancefield had won a Premiership in 1899, and they celebrated Johnston’s return (as well as that of other volunteers from the area) with another flag in 1903.

Three years later, after a brief sojourn at North Melbourne in the VFA, Ike arrived at Princes Park to play for Carlton under the Blues’ charismatic first coach, Jack Worrall. Carlton was on the verge of glory, having scoured the country for talent, and shown steady improvement under Worrall’s direction and discipline. Finalists throughout the previous three years, the Blues had topped up a talented playing group with the addition of future stars Fred Jinks, Martin Gotz, Doug Gillespie and Alex Lang among others, and confidence was high that 1906 would bring a Premiership to Princes Park at last.

Johnston’s first senior match took place at the Junction Oval against St Kilda in round 2, 1906. He started in a back pocket alongside Doug Gillespie and Rod McGregor, and the Blues hammered the Saints by 65 points. Five more games followed in succession, before either a dispute or family responsibilities brought Alex’s time at Carlton to an abrupt end. He did return briefly to VFL football with Richmond in 1908, but played only twice with the Tigers before heading back to the bush for good. Carlton, meanwhile, went on to triple Premiership glory in 1906, ’07 and ’08. 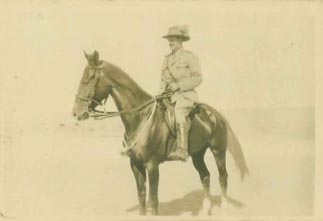 In September 1914, only weeks after Great Britain declared war on Germany and ‘the war to end all wars’ began, Ike Johnston volunteered for active service a second time. Allocated to 8 Light Horse Regiment, he fought at Gallipoli from July, 1915 until the evacuation in December, by which time he had been promoted to Lance Corporal.

The badly-depleted 8 ALH was then sent back to Egypt for reinforcement, before they joined the Anzac Mounted Division to defend the Suez Canal from a Turkish attack across the Sinai Desert. In May, 1916, Johnston was promoted to Corporal, and a month later, to Sergeant. On August 19, as the Anzacs routed the Turkish forces into full retreat, a bullet hit him in the right arm at a desert outpost called Hod El Bada. He was given first aid, but insisted on leading his men until proper medical facilities were available.

Eventually, the Anzac pursuit of the Turks culminated in the Allied capture of Jerusalem in December, 1917 – a defeat that the Turkish command never recovered from. Shortly after that triumph, Ike was sent to officer cadet school. He graduated as a Second Lieutenant in December, 1918 – one month after the Armistice had been signed, and the bloodshed had stopped at last. But if he thought his work was done, he was quite mistaken. 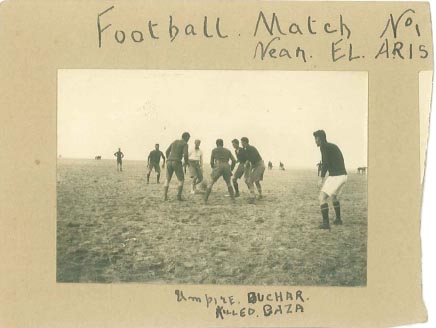 In March 1919, 8 ALH was still waiting for passage home when dissident Egyptians began a revolt against their government. Because of a shortage of officers, Johnston was immediately promoted to full Lieutenant, and the regiment was called back to operational duty. It took a month to quell the rioting and restore order, and as a result 8 ALH did not embark for Australia until July of that year.

When he eventually got home from the Middle East, Ike settled back into rural life in Lancefield for almost 20 years. Then Adolf Hitler’s Nazis rose to power in Germany, and another major global conflict became almost inevitable. In 1939, Australia went to war with Germany yet again, and for a third time, Ike Johnston answered the call for volunteers.

Although 58 years old by then – way past the maximum age for active duty, he was accepted into the Volunteer Defence Corps. The VDC was Australia’s Home Guard, set up to defend the country against foreign incursion or invasion. Although that situation did not eventuate, there’s no doubt that any enemy soldier unfortunate enough to come ashore in the vicinity of Ike Johnston at that time would have been in very grave danger indeed.