Carlton lost to Essendon by 25 points at the MCG. 'Mickey' Crisp played his last game. 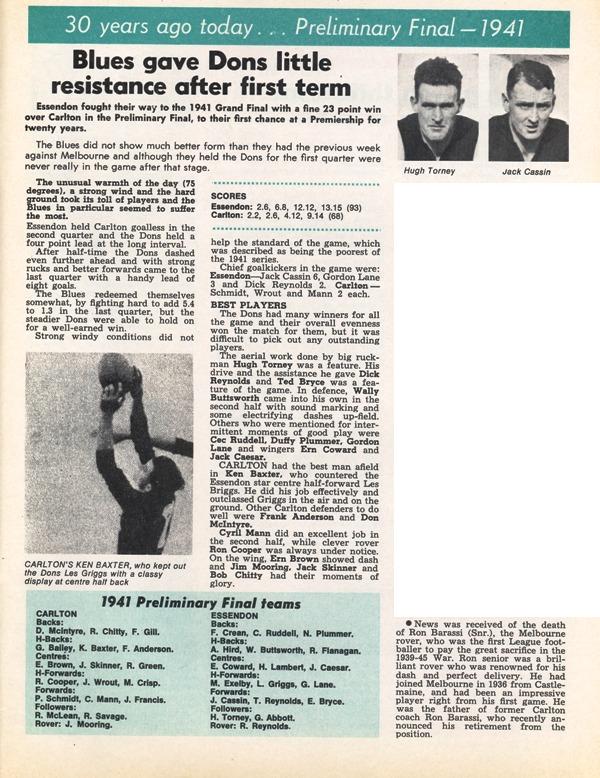 The Preliminary Final started with a swirling wind, and although Essendon had twice as many scoring shots in the first term as Carlton, the Blues were still in the game until late in the third quarter. As had been the case all season, inaccurate kicking hampered Carlton, and prevented the team from gaining any sort of scoring momentum. After quarter time, the Blues racked up 7.12 to Essendon's 11.9, and were beaten by 25 points.
Centre half-back Ken Baxter was valiant in defeat for the Blues, and widely regarded as Best on Ground.