In the first-ever AFL night final, Stephen Kernahan's 6 goals lifted the Blues to a 2 point victory over Essendon.

In a game that history would record as the first ever night final, Carlton would win their second nailbiter in a row in this Qualifying Final win against the Bombers. In our third encounter against Essendon for the year the record would be one win, one loss and one draw. The Bombers had youth and pace on their side, the Blues had the settled and skilled midfield plus the brilliance of Stephen Kernahan. The irony leading up to his historic night final was that playing at night would impact on its champion captain Stephen Kernahan, whose sight at night wasn't the best. As the results would indicate, it didn't stop "Sticks" from being the difference between the two teams after he booted six goals.

Essendon had lost 5 quality players to injury before this game including young guns James Hird, Dustin Fletcher & Joe Misiti. So while winning was a great result, the margin being less than a kick left lingering doubts for some as to whether things may have been different had they played.

These 2 teams were neck and neck all game. Kernahan would kick 6 goals 4, and Heaver would have one of his better games against Bomber Gavin Wanganeen with 4 goals. Williams would earn 32 possessions and be the driver out of the middle. Tim Powell would kick 2 important goals and remind the selectors of his value. 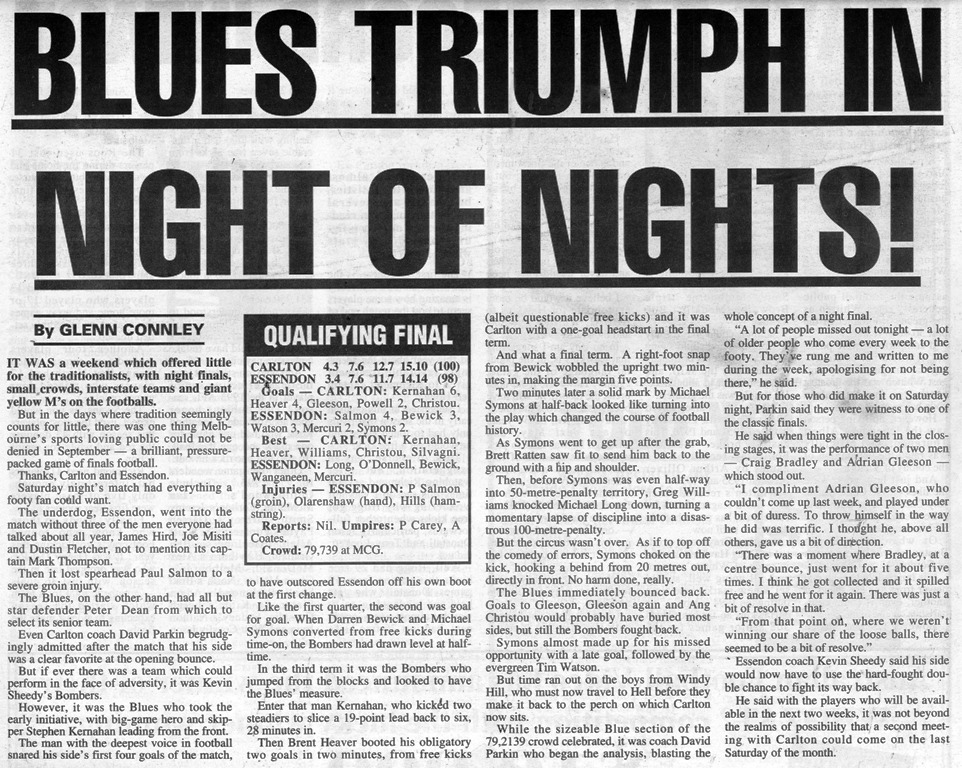 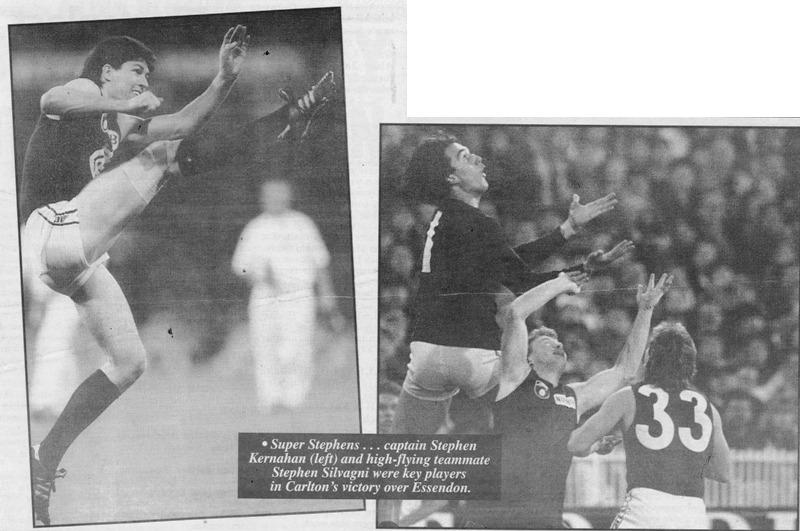