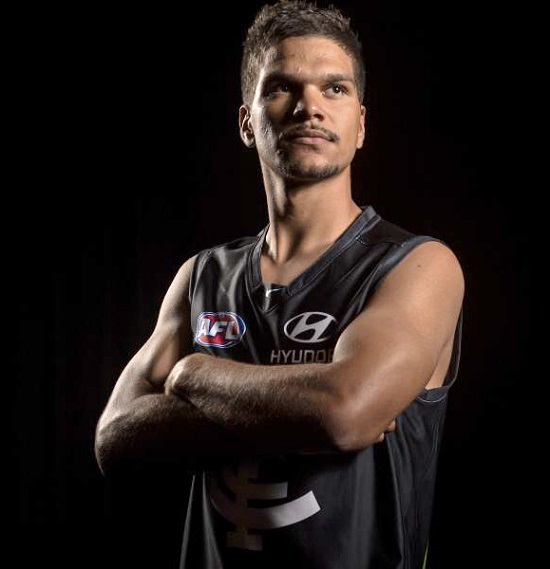 
Another exciting prospect from Western Australia, 18 year-old Sam Petrevski-Seton was recruited by Carlton with the Blues’ first selection (no. 6) in the 2016 NAB AFL Draft. Hailing from Halls Creek – 800 kilometres inland from Broome - Petrevski-Seton had played his first game of senior football at the age of 13 for the Halls Creek Hawks in the East Kimberley Football League, before grasping the opportunity to head to Perth to develop his talent.

In Perth, Sam joined the Claremont Tigers, where his pace, agility and silky ball skills propelled him quickly through the ranks of the WAFL junior leagues. At Under-16 level he was twice judged Best and Fairest at the National Championships, before being named an Under-18 All Australian in 2015. Like his future Carlton team-mate Patrick Cripps, “SPS” has radar-like awareness, and his accurate disposal by hand and foot – left or right – sets him apart.

Carlton’s General Manager of List Management and Strategy, Stephen Silvagni was openly thrilled when Sam walked through the doors of Princes Park for the first time in November, 2016. “Sam has terrific speed, and possesses exceptional skills with the footy,” Silvagni said. “It’s obvious from meeting with him that he’s also of great character – a really determined and resilient young man.”

As confirmation of that assessment, Sam was allocated Carlton’s iconic number 5 guernsey - previously worn by champion Blues captain and Brownlow Medallist Chris Judd. His opening season demonstrated a massive amount of upside with 20 games and a BOG performance in the wet against Collingwood.

In 2018 he managed to play each game and lifted his stats, on average, but didn't quite impact as much as hie debut year. Nonetheless, a full pre-season for 2019 had hopes amongst Blues fans high....