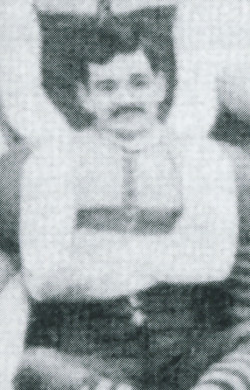 1889 September 21
Walton selected to play in the victory against Geelong at Geelong.

Bill Walton played with Carlton in the VFA, being our Captain in 1892.

1891 Contributed to the success of the team.

Bill Walton retired at the end of season 1895.
(The Carlton Story,H.Buggy and H.Bell p77)

1894 -*The Argus reports Walton now captain of the Rovers F.C. in Perth.
(The Argus June 7)
This item seems out of place with the report that he left Carlton at the end of 1895.

1896 The West Australian reports that "Walton from Carlton has a high reputation" is playing for West Perth.
(May 16 p3)

"Billy Walton, now of East Perth, and 68 - and proud of it, is physically as young as 50 and could pass for less - but in 1891 and 1892 he captained the Carlton Football Club in the Melbourne League and staged historic battles with South Melbourne, Fitzroy, and Geelong. The four of them made up the then proud quartette of clubs playing Australian football in excelsis. In 1893 Billy played with the team under another captain, and in 1894 came West, attracted by the gold boom. His boat was the old Tasmanian, which was later wrecked on the New Zealand run.
In Gage Roads the Tasmanian was met by several launches hired by local football clubs, who were anxious to secure the services of Billy Walton and seeveral other Melbourne footballers who accompanied him. The (then) Fremantle Club had one launch and aboard were J. Hogden, Matt price, and J. A. Diamond and Harry Shaw, who were the chief executives of the clubs. Walton explained that he had a letter to Mr. Balharry, secretary of the West Perth Club, and could not talk business until he had an interview with that representative of the club to which he had been commended. In the end Walton played a couple of matches with West Perth in the season just ending. He then joined up with the Rover Club, the chief executive of which was Billy Reardon (of Parker and Parker), Prendergast and Doyle. Walton captained the Rovers for half a season and associated with him were "Punch" Liddelow, Syd Pasch, "Nugget" Edwards, Jack Ochiltree and others.

The call of the gold fields was insistent and Billy Walton went to Coolgardie in the middle of the season and varied the "chasing of the weight" with football. he played with the Union Club, which was then only opposed by the Civil Service. The games were played on the historic Fly Flat. Next Kalgoorlie called him and there he alternated digging with football. he played for the Kalgoorlie Club and one of his mates was Bob Robertson ("Robbie") the well-remembered bookmaker and racehorse owner, whose Snail won a Perth Cup.
One season sufficed in Kalgoorlie. The lure of gold called elsewhere. Lindon and Eurilla were next tried for gold and football filled on the week-ends. At Eurilla Walton played against a team from Niagara, 20 miles away, which was captained by "Minnie" Palmer, whose memory is fragrant among the old brigade of Western Australian footballers.

From Eurilla went to Paddington and joined up with a club there with the Kalgoorlie League, but after a brief period, and the experience of finding his club disqualified "for life" for rough play. He then retired from football as a player and has since contented himself as an onlooker from the outside of the pickets.
Active football gone, Walton managed "Squashs" sweeps at Kalgoorlie, ran the Grand Hotel in Hannan-street and the Boulder Block Hotel in Boulder for Cox, Beale and Powell and then came to Perth. He joined the Government service and after varying jobs wound up before retirement, with 11 years in the Tramways Department.
That is the life tale (not yet finished) of a captain of the great Carlton Football Club - one of the idols of Melbourne's many thousands every Saturday in the winter season." (Daily News, Perth p6)