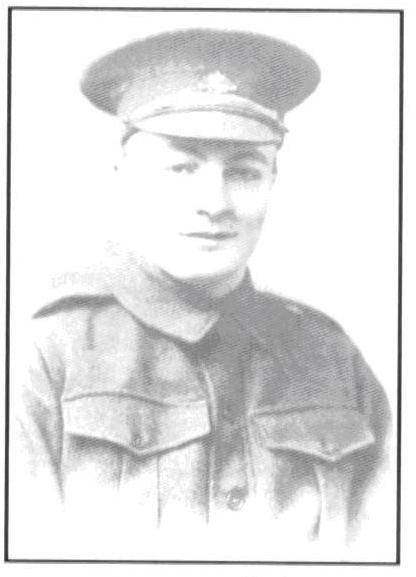 Born in February 1891, George David Challis was one of eight children of the village butcher at the settlement of Cleveland in central Tasmania. A well-proportioned youngster who was a gifted student and a fine all-round athlete, he spent many hours after school honing his skills by kicking a football through a small access door in the wall of a nearby barn.

After graduating from Launceston High School and enrolling at university, George’s football career blossomed. Playing as a rover-forward, he starred in Launceston’s NTFA Premiership team in 1909, and was an NTFA representative player in three successive state championships from 1909 to 1911. At the 1911 Carnival in Adelaide, a plucky Tasmanian team beat both Western Australia and NSW to finish third on the table, and Challis was voted the Island State’s best player.

That effort caught the eye of Carlton Football Club, and it wasn’t long before George was invited to join the Blues. Having graduated from university and taken up teaching at his former high school, George saw the opportunity to foster both his professional and sporting credentials as too good to refuse. He packed his bags for the mainland, and duly arrived at Princes Park in the summer of 1911.

Challis pulled on Carlton’s number 5 guernsey for his senior debut in round one of the 1912 season, against Geelong at Princes Park. Playing at half-forward, he made an immediate impression with his courage and his unselfish use of the ball in the Blues’ convincing 39-point win. The Football Record spoke of his early season form: "Challis has more than justified his inclusion in Carlton's team. There are no shrewder judges of a player's ability than Carlton's committee, who must be well satisfied at persevering with the brilliant ex-Tasmanian after his early failures. Some of the other clubs would probably have passed Challis out on his form in the first two games." He went on to play 20 matches in his first season, and impressed enough to be selected in the Victorian State squad, before Carlton's year concluded with a heart-breaking four point Preliminary Final loss to eventual Premiers Essendon.

Season 1913 brought further changes to Challis’s situation. Deciding to withdraw from teaching, in preference to a job offer with the Prime Minister’s Department in the Public Service, he also requested a guernsey change to number 12. Meanwhile, off-field drama involving the club’s administration meant that George must have looked forward to his second year of VFL football with some trepidation.

After ten successive seasons of finals appearances, the Carlton committee imploded when they suspended champion centreman Rod McGregor for twelve months, after he refused a direction from his captain Jack Wells during that previous year’s Preliminary Final loss to Essendon. In turn, coach Norman Clark was granted twelve months leave of absence, while Wells took on the role of captain-coach in a caretaker capacity.

Understandably, Carlton plummeted down the ladder to finish sixth of ten teams in 1913, despite one draw and a number of narrow defeats. But when both Clark and McGregor returned to the fold in 1914, along with some quality recruits like Charlie Fisher, Herb Burleigh and Percy Daykin, the Blues looked forward to reclaiming a place in the finals.

When Rod McGregor was welcomed back into the side for round 4 of 1914 – against South Melbourne at the Lake Oval – another brilliant Carlton centreline combination was born. Shifted out to a wing, Challis relished the space and time to use his pace and his foot skills to advantage. Like McGregor, he was a clever, direct distributor of the football, and the Carlton forwards reaped the rewards.

Together, these two speedsters drove the Blues back to the top of the ladder after the home and away rounds, but just as another final series loomed, Australia was plunged into turmoil by Great Britain’s declaration of war against Germany. In the shadow of Australia’s call to arms, Challis had another good game in Carlton’s 20-point Semi Final victory over Fitzroy, then suffered an injury late in the match.

When the damage turned out to be worse than at first thought, George could only watch from the grandstand a fortnight later, as his team (with nine first year players included) withstood a late rally by South Melbourne to take the 1914 Premiership by just six points. It’s likely that at that moment, he was already wondering if his chance at Premiership glory had passed him by, because early in 1915 he joined thousands of other young Australians in volunteering for active service.

In April of that year, George was devastated when he was told that the Army couldn’t accept him - because one of his toes overlapped another! This perceived disability didn’t stop him playing brilliant football, however. So while he re-applied to serve his country, Challis and Rod McGregor and all the other Blueboys kept themselves occupied by winning enough times to finish second on the ladder to Collingwood.

In July, at last – George’s third application to join the colours was approved. He celebrated in the best of all ways; starring in all three of Carlton’s finals on the way to the 1915 Premiership for the Blues. Again, it was Challis and McGregor in the engine room – aided by another Tasmanian; rover Viv Valentine – who led the way in Carlton’s 33 point victory over a hapless Collingwood. Fate’s reward had been achieved. George Challis had won his flag, and now he was off to war.

Although George’s education and experience qualified him for officer training, he was happy enough to serve in the ranks initially as a private. In March 1916, however, while training in Egypt, his obvious leadership ability saw him promoted to Sergeant and posted to the 58th Infantry Battalion on the Western Front.

In June of that year, after less than a month on the front line, George Challis was killed instantly when a heavy-calibre German artillery shell landed on the section of trench he was manning, south-west of the town of Armentieres. He was just 25 years old.

Even amid the carnage of ‘the war to end all wars’, George’s sacrifice was made more poignant by still-fresh memories of his brilliance on the field. Carlton wore black armbands in tribute to him in the Preliminary Final of 1916, and our opponents Fitzroy joined in a minute’s silence, while a lone bugler played the Last Post.


"Profound regret was expressed on all sides when the Carlton team emerged from the dressing room wearing crepe armbands in token of respect to the memory of their comrade, Sergt. Geo. Challis who has laid down his life in France. Challis came from Tasmania, where he had represented his State, to play for Carlton four years ago, and it is safe to say no more popular player ever donned the dark blue uniform. At first he did not reproduce his best form, but later on he played sparkling football on the wing and at half forward, and found a place in Victoria's best eighteen."
(Arrow, Sydney, September 02 p2)

On His Recruitment To Carlton

"George Challis, of Launceston, represented his State in the carnival matches last season and performed with brilliance. He was awarded a gold medal as the best all-round man of the team.
He is clever, brainy and full of gameness, and good judges up Carlton way say that he is the equal of Valentine. That is a high compliment to the newcomer. He kicks well, right and left, turns with a wonderful rapidity, is a smart pass, picks out his man quickly, and stab kicks to him to perfection." (Herald April 19 p2 1912)

George Challis is a distant relative of Carlton player Levi Casboult. His brother Archie, who was also a talented footballer, settled at Scottsdale (north-east of Launceston), where he worked for the Commonwealth Bank. One of his daughters, Roberta (Bobbie), married Graeme Casboult in 1953. Graeme’s first cousin Lance Casboult was to become Levi Casboult’s grandfather. Read more: http://www.theage.com.au/afl/afl-news/bluebloods-through-the-ages-20120824-24ro1.html#ixzz24ci9EBFV

September 25 1915, the Carlton Football Club held a farewell at the London Tavern, for the players who had enlisted in the Army. President Jack Gardiner presented Alf Baud, Frank Triplett, George Challis, Herb Burleigh and George Muir with gifts from the club.
To read the article in full with a response from Blues' captain Alf Baud, which appeared in the Nagambie Times, October 01, click here> http://nla.gov.au/nla.news-article141828831

Footnote
"Amongst the many Australians who have given up their lives for their country in France is George Challis, who played on the wing in the Carlton football team, and a very brilliant footballer he was. The news that he has been killed in action arrived just when there was the first touch of spring in the air, and if there had been no war, instead of being in France, Challis would have been playing in the premiership match on the M.C.C. ground on Saturday. Fifty thousand people have cheered Challis for his speed and skill. Yet, and here is where the rub comes in, when Challis was not at his best, barrackers called him a "ring tail," the barrackers expression for "funk." Challis has played the great Australian game, and the "greater game," and his career is ended. I wonder what game the barrackers who criticised George Challis are playing today!" (Australasian September 02 1916 p28)

The Queenslander newspaper of June 21, 1913, reported that in the Carlton Court, Melbourne footballer John M. Bristow was fined 5 pounds for assaulting George Challis of the Carlton Football Club.