Carlton lost to Collingwood by 18 points at the MCG to crash out of the finals race.

Carlton struggled up forward all match during this final, and looked out of contention when Collingwood led by 43 points at three quarter time. But the Blueboys came out after the last break to play some inspired football, and demonstrated the never-say-die attitude of the team. We kicked three goals in the first eight minutes of the quarter to get within 18 points, but Collingwood steadied, reasserted their backline dominance, and ran out comfortable winners.

This was his last game as coach for Viv Valentine in his only season in charge. His record of 10 wins and 7 defeats from his 17 games saw Carlton finish fourth. The next Tasmanian-born Carlton coach would be Peter Jones in 1980, when Carlton would also wind up fourth. Dual Premiership coach Norman Clark returned to Princes Park in 1920, and took over the reins again after taking Richmond to the Grand Final the previous year.

This was also the oldest known Carlton side of all, with an average age of 28 years, 59 days. Rod McGregor was the oldest, aged 36 years, 343 days. Three players who retired after this game in Andy McDonald, Harry Haughton and Joe Prince were all aged 33, while the youngest was Harry Furnell who was only 20 years and 338 days. The next youngest were Lyle Downs and Fred Johnson who were both 23.

Last Games: Harry Furnell, Harry Haughton, Andy McDonald, Joe Prince, Steve Leehane and Jack Scobie.
Losing Streaks: If there was a positive to this, this loss marked the end of a record equalling run of 5 consecutive finals losses for the Blues
Interesting Fact: This was the eighth time that Carlton has used numbers 1 to 10 in the same senior side, the last time was Round 16, 1919 and the 3rd time for the season and in this game numbers 1 to 11 were used. 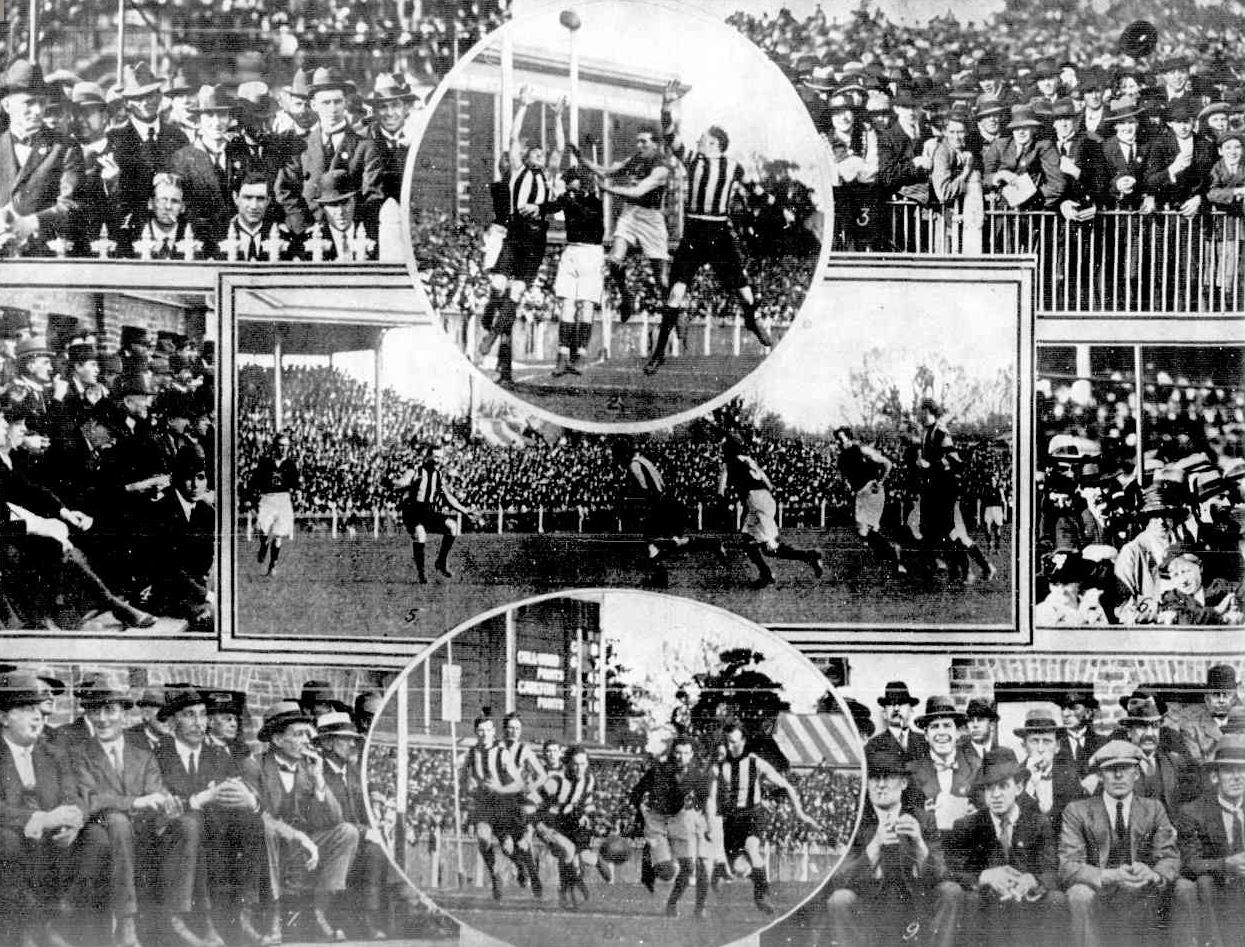 Rod Ashman shoots for goal on the run.jpg

1972 Prelim. Final - An injured Vin Waite is helped from the ground.