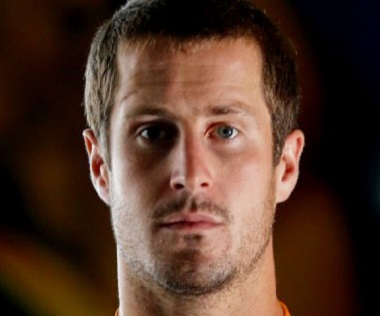 
Continuing an extensive turnover of the club’s player list, Carlton recruited 25 year-old former Adelaide Crow Matthew Wright as a delisted free agent in November, 2015. A lively midfielder-forward, Wright had played 94 games in six years with the Crows, before falling out of favour and being told that his services were no longer required.

Originally from Walkerville in Adelaide’s outer north, Wright enjoyed a bright start to his career in the SANFL with North Adelaide before he was picked up by the Crows with selection 33 in the 2009 Rookie Draft. He made his senior debut against Port Adelaide early in 2011, and by the end of that season had racked up 19 games and kicked 18 goals. The Crows elevated him to their senior list at that year’s National Draft, and he was an integral member of their first 22 for the next four years.

In 2015 however, Wright’s impact on games fell away. He kicked only five goals in 19 games, and by year's end was back in the SANFL. In October, the Crows delisted him – despite the fact that he was on the verge of playing his 100th game.

A month later, Carlton’s list Manager Stephen Silvagni announced that the Blues had thrown Matthew a life-line, and that he would be wearing guernsey number 46 at Princes Park in 2016. “Matthew is an inside midfielder-forward with clean hands. He’s a good set shot, and quick around the packs,” Silvagni said. “Importantly, he’s also a quality person who will bring experience and leadership to our team.”

Those words rang true when Wright turned out for the Blues for the first time against Richmond in round 1, 2016 at the MCG. Lively in attack all match, he kicked three goals as Carlton went down swinging by 10 points in front of 75,000 on Easter Thursday night. From then on, although the team endured a lacklustre second half of the season and won only 7 games, Wright justified the decision to recruit him and quickly became an on-field leader.

Playing all 22 matches for the year, Matt averaged a tick under 4 inside-50 entries, 4 tackles and 3 clearances per game. He kicked 22 goals to win the Blues’ Leading Goalkicker Award, and finished equal sixth Best and Fairest (alongside Sam Rowe).

A mainstay forward pocket / flanker in his 3 years at the Blues, Wright managed 21 games in 2018 and then to the surprise of many called time on his career after 60 odd games for the Blues, with a coaching career beckoning...


Wright calls end to career
Carlton forward Matthew Wright has today announced his retirement from AFL football, effective immediately. The 28-year-old made the decision to call time on his 159-game career this week, after accepting a development coaching role at his former club, the Adelaide Crows. The clever small forward was initially taken by Adelaide via the 2010 rookie draft and was quickly elevated to its senior list. Wright went on to play 94 games for the Crows, before resurrecting his AFL career at Carlton. He then arrived at Ikon Park as a delisted free agent at the end of 2015, and quickly made an impact in the forward line becoming the Blues’ leading goalkicker in his first season in 2016. In his three years at the Blues, the widely respected forward played 65 games and booted 73 goals (136 career total), working closely with the likes of Charlie Curnow, Harry McKay and Tom De Koning to hone his coaching skillset and develop the Blues’ exciting young forward line. Wright said it was a bittersweet decision to call time on his AFL career. “Clearly I’ve loved my time at Carlton and the passion is still there to play senior footy, but ultimately my desire to pursue my coaching ambitions became too strong and I believe the time is now right to follow that,” Wright said. “My wife and I are expecting our first child next year and when the opportunity presented to return back to our home state, there was a lot to weigh up but we feel it is the right decision. “I will always be incredibly grateful to Carlton for the opportunity to have continued my AFL career when it looked like it was over – it’s been so enjoyable working with a young and talented group. The Club is clearly on the right path under ‘Bolts’ and I wish the group nothing but the best for 2019 and beyond.” Head of Football Brad Lloyd praised Wright’s significant contribution to the Blues’ football program over the past three years. “Matt was a natural and smart footballer, and set very high standards amongst the group in his professionalism and habits – and importantly has been a terrific, quality person who served as a role model for our younger players,” Lloyd said. “He continually invests in others and has fostered a very strong foundation for his coaching pathway guiding the likes this year of Charlie Curnow, Harry McKay and Tom De Koning in our forward line. “We wish Matt and wife Anna the very best for their future endeavours as they return to their home state of South Australia.” Wright’s retirement takes the Blues’ current list changes to six at the conclusion of the 2018 season, with the fellow retirement of Alex Silvagni and delistings of Aaron Mullett, Matt Shaw, Cameron O’Shea and Jesse Glass-McCasker. - Carlton Media.