Ern Henfry would be named Captain of Carlton for the 1947 season, despite only having played 2 games for the club in 1944. Henfry had played before World War II for the Perth Football Club in Western Australia, and had played his two games for the Blues while on leave as a serviceman. At the end of the war, Carlton arranged for Henfry's employment to be transferred to Melbourne, but the Perth Football Club refused to release him, and Henfry sat out the entire 1946 season. Lining up for the Blues as Captain, he would lead the club to a premiership in his first year as Captain. Three players were promoted onto the senior list, Bill Redmond, Max Howell and Alan Streeter (pictured). 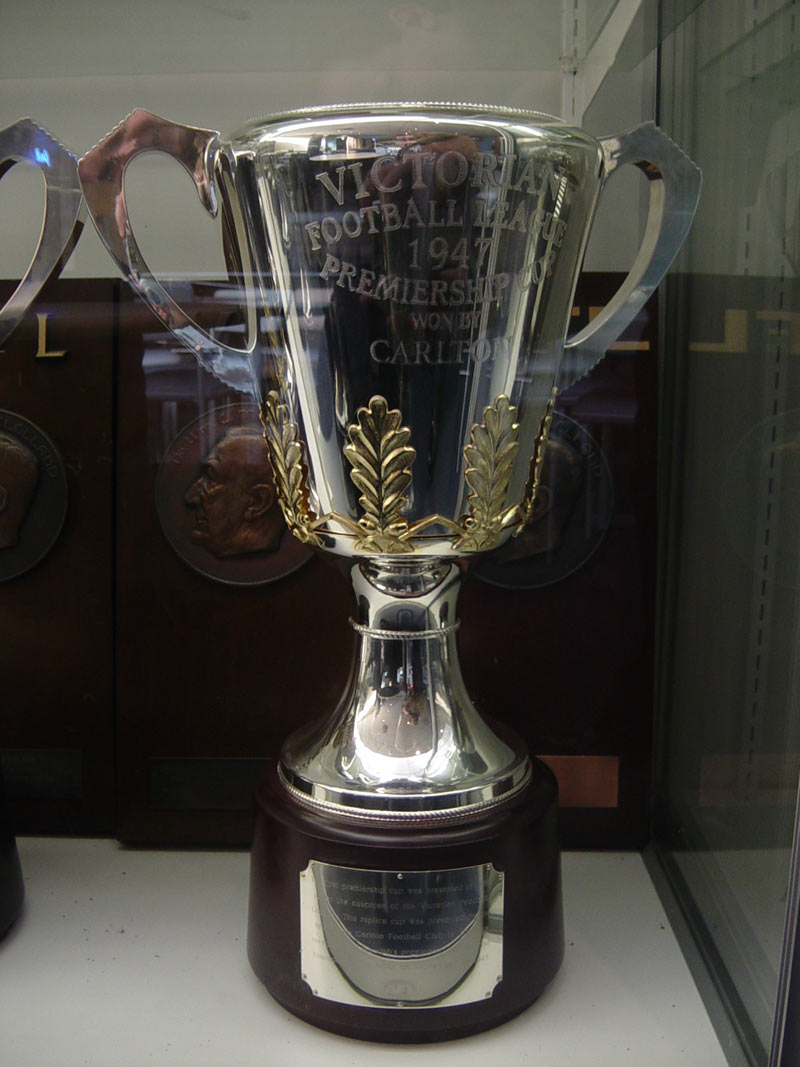 On the field, the club would bounce back after missing the finals in 1946. Carlton and Essendon would be the two major powers of the 1947 season, which was fitting as they had won the past two premierships (Essendon in 1946 and Carlton in 1945. The Blues would play with great consistency during the home and away season, losing only four times in the nineteen round season. Measures of this consistency included winning 6 consecutive games twice in the year (rounds 3 to 8 and rounds 10 to 15) and never losing two games in a row. Carlton reached the top of the ladder in round 5 and would maintain this position until the end of the regular season, finishing one game clear of Essendon who were in second.

As the two most dominant sides of the season, the Blues and Bombers would meet in the second Semi Final with both sides having a double chance and the winner a direct route to the Grand Final. The sides had been evenly matched during the season, each winning one of the two games played between the clubs. In the Semi Final, Essendon got away to an early lead, shutting Carlton down to lead 3.8 to 0.1 at the first break. The Blues would kick 7 goals to 3 in the second quarter to trail by only a point at half-time and the Bombers failed to make good use of the scoring end in the third term, leading by only 9 points at the final break. Carlton kicked 5 goals to 1 in the final term to run over the Bomber and win by 16 points (14.15 99 to 11.17 83).

Essendon beat Fitzroy in the Preliminary Final to again face Carlton in the Grand Final. In front of 85,815 people at the MCG, the Blues would win a cliffhanger by one point, despite having 9 less scoring shots. The accuracy of the club lead to it not kicking a behind in the first half, going into the break with 8 goals straight. By three quarter time the Bombers were up by 11 points from 11 more scoring shots, but the Blues kicked 3 last quarter goals to 1 to take the game and the flag.

1947 was also a first for the club, with Bert Deacon winning Carlton's first Brownlow Medal - winning the Brownlow in a Premiership Year being something close to the utmost pinnacle in this great game.