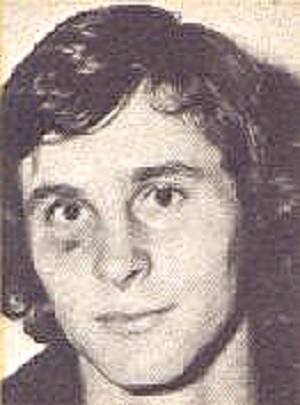 Neil Chandler’s contribution to Carlton’s golden era from 1968 to 1982 - when the Blues contested eight Grand Finals and won six flags - deserves wider recognition. A versatile, dependable utility who spent his relatively short career at Princes Park in the shadow of champions, he was a more than handy member of three Premiership teams.

Neil came to Carlton from Welshpool in Gippsland in the summer of 1967 as a promising ruck-rover with good skills and an outstanding attitude. Like his coach Ron Barassi – with whom Chandler quickly found rapport – he was very much a team-man who was prepared to play wherever he was required, whenever he was required, and was given his first opportunity at senior level late in 1968. The steadily-improving Blues finished second on the ladder to Essendon that season, then beat the Bombers in the Second Semi-Final to march straight into the Grand Final. When Essendon in turn accounted for Geelong in the Preliminary Final, they set up a rematch with Carlton for the Premiership. On the Thursday before the decider, Chandler was named as one of two reserves, along with ex-Melbourne defender Peter McLean.

On Grand Final day, Carlton beat Essendon by just three points in a tough, slogging contest. Chandler came on late to take a couple of crucially contested marks in the midfield, and the Blues celebrated the club’s first flag for 21 years in front of more than 116,000 fans at a packed MCG. In a dream start to his VFL career, Chandler had won a Premiership medal before he had played a dozen games.

As so often happens, injury nobbled Chandler’s progress in 1969. He managed only a few matches all year, and was missing again when his team ran out onto a sunny MCG in September to defend their title against Richmond. On that day, Carlton were out-gunned by a switched-on Tiger team that kicked four goals to nil in the last quarter to win by 15 points. It was the first of many memorable Carlton-Richmond clashes throughout the seventies and eighties.

When season 1970 began, Chandler was back to full fitness and primed to claim back a regular place in the side. After two seasons in guernsey number 47, he had switched to number 22 and looked forward to a good year. But Carlton’s recruiting department had been busy too, assembling a list of young stars that was about to dazzle the competition. Chandler found himself competing for a starting place in the team with the likes of Brent Crosswell, Kevin Hall, Phil Pinnell and three or four others. It was a positive problem for Ron Barassi, who had the luxury of knowing that he had adequate replacements available for just about any one of his prime movers, as well as the versatility in his list to keep his opponents guessing.

Like his team, Chandler had a good, consistent season in 1970. Playing mainly as a defensive flanker or tagger, he was rarely out of a strong Carlton team that finished second on the ladder to Collingwood, then suffered a ten point defeat by them in the Second Semi. The following Saturday, the Blues struck back with a comfortable win over St Kilda in the Preliminary Final, to set up another shot at the Magpies in a third successive Grand Final.

Carlton’s Premiership victory in 1970 is one of the most celebrated matches in the history of Australian Football. In front of a record crowd of more than 121,000 spectators at the MCG on a fine spring day, the Blues were run ragged by a disciplined Collingwood team in the first half. Leading by what should have been an unassailable 44 points at the main break, the Magpies were already back-slapping each other in the rooms. Meanwhile, Barassi was urging his team to dare to win; to run and carry, and to handball, handball, handball. When Barassi turned to his reserves - Ted Hopkins and Chandler - and asked for something special, and got it. Hopkins wrote himself into history with a brilliant four-goal burst that sparked an impossible revival, and Chandler played his part late in the game, as the Blues roared home for a glorious, unforgettable 10 point win. In just his third season of VFL football, Neil had won his second Premiership medal. 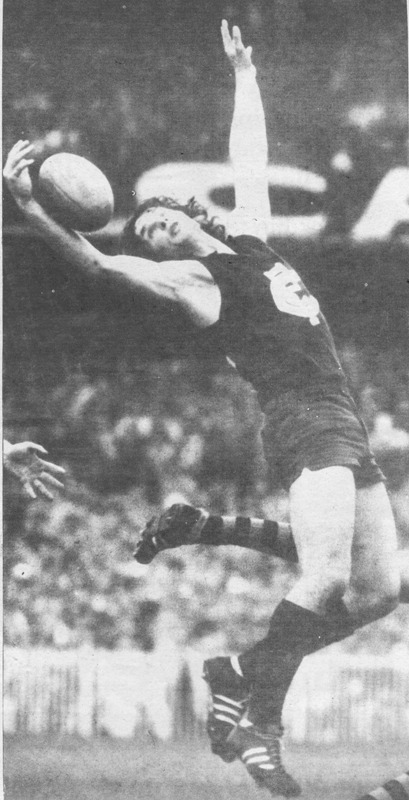 Not surprisingly, the euphoria of that achievement, and two flags from three successive Grand Finals preceded a letdown for Carlton in 1971. When the team slid to fifth place and missed the finals that year, Ron Barassi ended his seven-year tenure at Princes Park, and was replaced by John Nicholls as playing coach. Under Big Nick’s fresh approach, Carlton swept back to the top of the ladder in 1972, then began perhaps the Club’s toughest-ever finals campaign. In successive weeks, Carlton drew with Richmond, lost the replay, and beat St Kilda in the Preliminary Final. All of these were hard, physical clashes. The Blues then had to face the rested, confident, warm favourites Richmond in the Grand Final.

Realising that a tactical rethink was required if the Blues were to have any chance of upsetting the Tigers, Nicholls and the Carlton match committee decided on a strategy of all-out attack. When the teams took to the field for the start of the game, Richmond was unsettled by Carlton’s eight positional changes, including Nicholls himself to a forward pocket, Alex Jesaulenko to centre half-forward, Peter ‘Percy’ Jones into the ruck and Neil Chandler to a half-forward flank.

The plan worked superbly. While Richmond were struggling to find the right match-ups, Carlton slammed through eight goals in the first quarter on the way to a Grand Final record score of 28.9 (177). Richmond kicked 22.18 (150), but seven of their goals came in the last quarter when the Blues’ 14th Premiership was already in the bag, and Chandler’s third flag victory was sweet indeed.

Richmond’s plan of revenge was twelve months in the making, and ruthless in its execution. When Carlton and Richmond faced up to each other again in the 1973 Grand Final, it was the third time in five seasons they had met. Still smarting from defeat the previous year, the Tigers’ fanatical, do-or-die approach overwhelmed Carlton by five goals. Named as 19th man, Chandler found himself on the ground earlier than expected after Nicholls, Kevin Hall and Geoff Southby were all flattened. Neil’s fourth and last Grand Final appearance was not a happy one for himself or his club.

Recriminations over that forgettable day were inevitable given the circumstances, and each member of that beaten Grand Final team was under scrutiny when the ’74 season began. The full effect of the team’s rout in 1973 was apparent by the half way point of the season, when Carlton all but dropped out of the finals race. At that same time, Chandler surprised everyone by asking to be released to play the rest of the year at St Kilda. Many Blues supporters were shocked, if not angered, when Carlton agreed to his request. He crossed to Moorabbin, played the last six games of the year with the Saints, then surprised again by announcing his retirement from League football at the age of just 25.