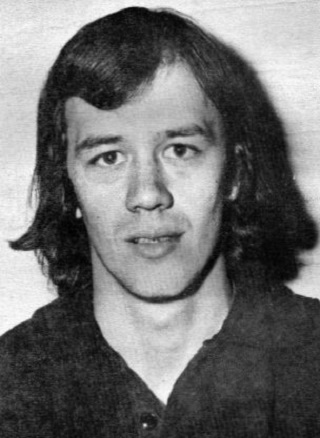 In a dream start to his VFL career, Phil Pinnell played in three Grand Finals before his 22nd birthday. Originally a winger, he transformed himself into a versatile, intense defender for the Blues, and went on to play 173 games in guernsey number 15.

Pinnell was another of “Newton’s Boys,” spotted by club legend Newton Chandler while playing junior football for the Paramount club in the Northern District League. A wirey wingman with pace, sure ball-handling and gritty determination, he was a stand-out in Carlton’s Under 19 team for two years, before playing his first senior game against Richmond in round 8, 1969 while still studying at Fawkner High School.

When the Blues ended the home and away rounds of that year second on the ladder behind Collingwood, they were well-placed to defend their drought-breaking 1968 Premiership – particularly after comfortably beating the Magpies in the second Semi-Final. Carlton’s confidence was boosted further when Richmond skittled Collingwood in the Preliminary Final and ensured that the Blues would play the Tigers for the flag as warm favourites.

In Pinnell’s debut game earlier that season, Carlton coach Ron Barassi had assigned him the huge task of playing at half-back against Richmond’s cagey captain Roger Dean, and was thrilled with the youngster’s efforts. On Grand Final day, Barassi asked Phil to do it again, and the youngster learnt a harsh but in invaluable lesson as the Blues were comprehensively beaten in front of almost 120,000 fans at the MCG.

Twelve months later, history was seemingly about to be repeated. At half time in the 1970 Grand Final against Collingwood, Carlton were 44 points down and heading for another crushing disappointment. Like most of his team-mates, Pinnell had hardly had a kick in the first half, and feared the worst when Barassi strode toward he and rover Bert Thornley, who were sitting together in the rooms. “I was sure he was going to replace me;” Pinnell said later, “but he stopped, looked at both of us - and it was Bert who was dragged.”

Barassi demanded that Phil back himself in the second half - to run hard, handball and create at every possible opportunity. Pinnell obliged with slashing third and fourth quarters, as the whole Carlton team lifted for a fabulous comeback victory. Ranging across the half-back line, Phil carried out Barassi’s instructions to the letter and the Blues surged home to shatter Collingwood in the greatest Grand Final triumph of all.

Pinnell’s third final series in just four seasons came in 1972, when Carlton began another finals campaign from top of the ladder. By then Phil was one of the game’s best sweepers, and a fixture in the Blues’ strong defence. Carlton started as warm favourites to beat Richmond in the second Semi-Final, but the Tigers refused to buckle and the match was drawn. Phil worked tirelessly throughout, and was named Best on Ground by the Blues.

The following week’s replay was a disaster for Carlton and a tragedy for Pinnell. Richmond won by six goals, and Phil suffered a dislocated kneecap. The damage ended his season, leaving him to watch on as the Blues snapped back to their ruthless best to beat St Kilda in the Preliminary Final, before destroying Richmond in a Grand Final boilover. No team in VFL history had a tougher path to Grand Final glory than the Blues of 1972, and still no team has ever bettered their record winning score of 28.9 (177).

Although that damage to his knee was to trouble him for the rest of his career, Phil eventually returned to Carlton’s seniors midway through 1973, and was back to near his best by finals time. He was a solid contributor as Carlton beat Richmond and Collingwood in successive weeks, and qualified for yet another Premiership decider. Once again, the Blues’ opponent was to be Richmond – still fuming after their defeat the previous year – and the Tigers were primed to do or die. On Grand Final day their fanatical attack on the man and the ball proved too much for Pinnell and his team, who were beaten by 30 points.

Those three Grand Final appearances in five seasons – with another prevented by injury – was an impressive strike rate, but there were to be no more flag deciders for Phil Pinnell. He played the 100th game of his career in a good win over St Kilda at Moorabbin in the final round of 1974, and savoured the thrill of finals football again in 1975 and 1976. In Round 11, 1977, he played his 150th game in Carlton’s huge win over Footscray at Waverley Park, and ran out on to the MCG for the last finals game of his career before the Blues fell to Collingwood in the 1978 Semi Final.

By 1979 Phil was a veteran of eleven seasons at Princes Park, and his place in the team was under increasing threat from a group of up and comers including Rod Austin, Robbert Klomp and Peter McConville. Under the circumstances, Pinnell found an offer of a trade to Melbourne too good to refuse – especially when he was denied a place in any of Carlton’s 1979 finals sides.

Pinnell was cleared to the Demons at the end of that year, and rewarded them with 28 honest games over two seasons. He notched up his 200th match in a back pocket for Melbourne when they were thrashed by Geelong at the MCG in round 16, 1981, before finally calling it quits the following week when Carlton added to the Demons’ woes by handing them a 9-goal hiding at Princes Park.

At the end of his VFL career he moved to Springvale in 1982 where he captain coached the Scorpions in their first VFA season.

He later served as principal of Wesley College.

After hanging up his boots, Phil returned to Princes Park where he was welcomed with genuine regard. Later, he became a match day “around the grounds” reporter for ABC radio.

Before he was selected for his first senior game, Pinnell wore guernsey numbers 52 and 53 when he played Reserve grade football for Carlton in 1968.

Unlike many modern defenders, Pinnell rarely ventured into Carlton’s forward line, and didn’t kick his first career goal until his 51st game – against South Melbourne at Princes Park in round 17, 1971.