Only the 7 wins in Malthouse's second year saw us out of the 8 and in to no-mans land... 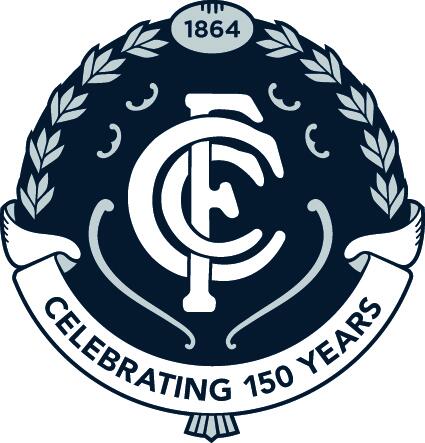 Carlton fans entered season 2014 - our 150th year - with a few queries in their mind - were we actually 9th or actually 6th (where we finished up due in part to Essendon feeling the competition's wrath for 'pharmacological experimentation'). Were we declining or thereabouts? Even with some luck would we have a snowflakes chance in hell of competing with the super-competitive teams of the league like the Cats and the Swans in any case?

With a pre-season restock including 3 former first round picks in Dale Thomas, Andrejs Everitt and Sam Docherty, surely we couldn't go backwards?

Even if we could advance, history would be there to provide a firm punch to the abdomen for Round 1, 2014; where we would equal our record for consecutive games played without a Flag. Carlton, a club rich in history, but a recent history that had plumbed the depths of despair....

The punches didn't stop coming in the first month of the season, with some disastrous efforts against Essendon and Melbourne to leave us zip and 4 after 4 Rounds. A breakthrough win in Round 5 raised hopes and by the bye we were 3 and 5, but with much work to do to compete with the better teams. The tests kept coming; some good wins against lower teams and some tight struggles against some top teams, but the loss to the Lions loomed as a season ending debacle.

Some good performances would follow, and some typically honest losses to the Cats stick in the mind, but the season provided few highlights as it wound down. A horrific loss to Port in Round 22 was uncharacteristic yet shone out as a warning sign for all Carlton fans that the return to the top echelons of this competition could still be a long way away... Yet for 2015, could a list revamp and positive trading (plus some injury luck) help us improve?