The Mighty Blues dominate the season to collect Premiership number 16! 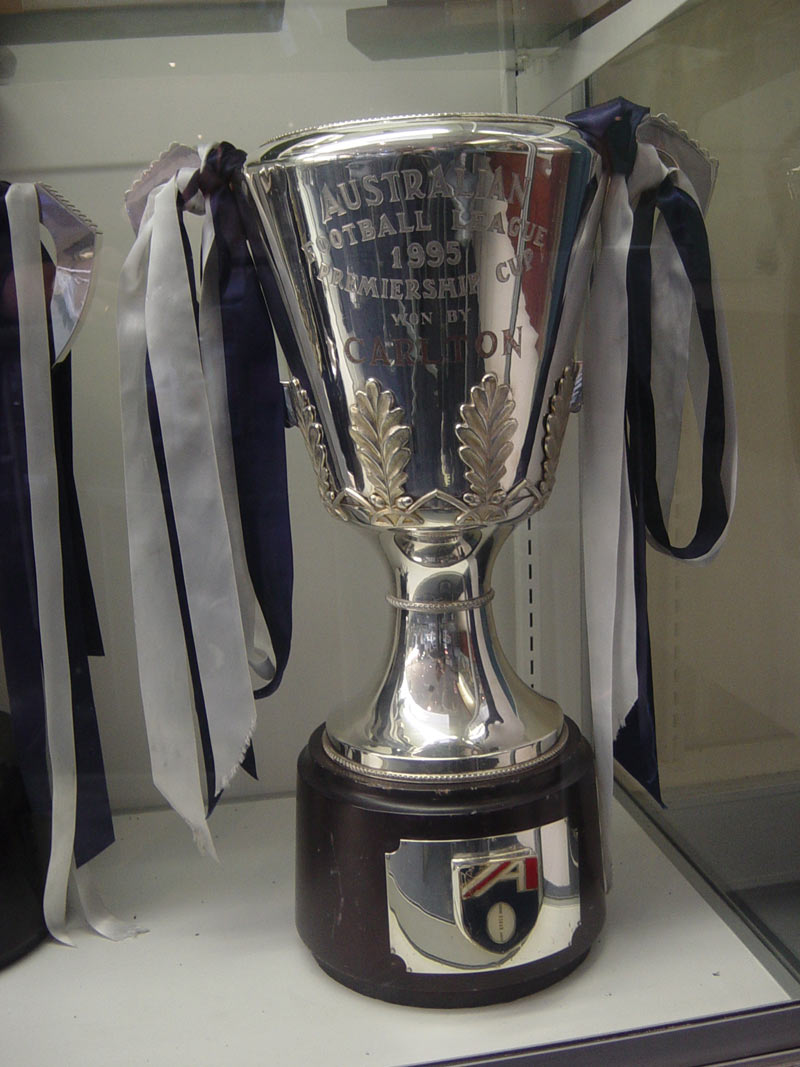 Carlton won their 16th Premiership in 1995 by defeating Geelong by 61 points in front of over 90,000 fans at the MCG. Over the season, the Blues would set a new benchmark for dominance in a single season with only 2 losses relatively early in the season, to lowly placed St Kilda and Sydney, with a string of 16 successive wins to take their 16th premiership.

The season itself was just brilliant to watch as a fan, with stars in defence (Silvagni, Dean, Sexton), midfield (Williams, Bradley, Ratten) and attack (Kernahan, Pearce and Spalding), and all led by Captain Stephen Kernahan. There was a great blend of seasoned veterans (Silvagni, Kernahan and Williams) to young up & comers, including the brilliant Anthony Koutoufides who would have a breakout year at the start of a stellar career. 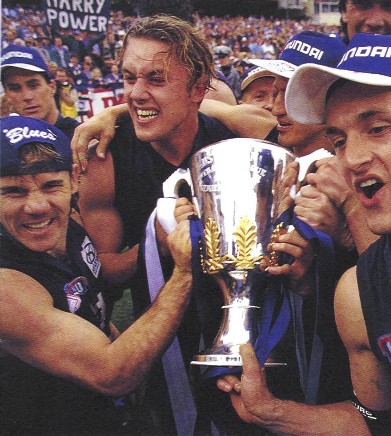 By season's end, Carlton would be 4 games clear of the next best team, Geelong, demonstrating how far above the rest of the competition we were. Throughout the year, our only losses were to Bottom 8 teams, St Kilda and Sydney, and we did not drop a game to any team that played in the finals. In the finals, we defeated Brisbane, the Kangaroos and Geelong, with the Brisbane game being the tightest as the young Bears gave their all. If anything, the 1995 Finals campaign was a testament to Stephen Silvagni who would give up only 1 goal in the 3 games, keeping Darryl White (Brisbane), Wayne Carey (Kangaroos) and Gary Ablett (Geelong) well held.

On the day itself, the Blues were supreme as they pounded the Cats into submission. Greg Williams would win the Norm Smith Medal for his 32 possessions and 5 goals, to add to his two Brownlow medals and now Premiership Medal. It was a fantastic year to be a Carlton fan.

Come season's end, Coach David Parkin went on record to say that to maintain our success changes would be required. Troy Bond, Ben Harrison and James Cook, each having played games in 1995 but not making it for the Grand Final, would be traded (plus some draft picks) in return for Adrian Hickmott, Justin Murphy, Craig Devonport and Ben Sexton.